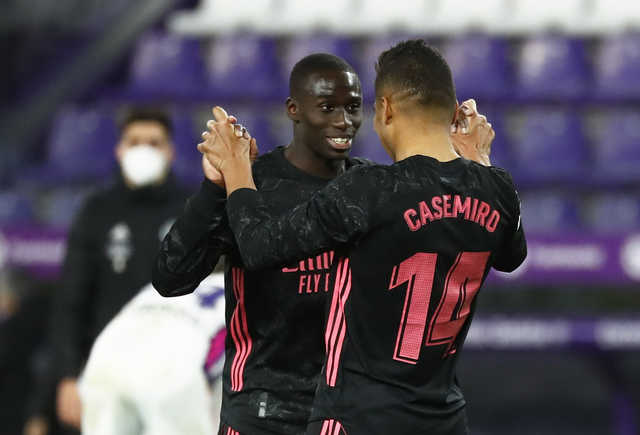 Madrid: A heavily depleted Real Madrid continued their pursuit of La Liga leaders Atletico Madrid with a hard-fought 1-0 victory away to struggling Real Valladolid yesterday to move within three points of their city rivals.

Brazilian midfielder Casemiro got the breakthrough goal in a cagey game by heading in a free kick from Toni Kroos in the 65th minute, making amends for missing the target with free headers in either half.

The champions were without top scorer Karim Benzema and an additional eight players due to injury but did just enough to notch a fourth consecutive victory and take full advantage of Atletico’s 2-0 defeat at home by Levante earlier.

Real remain in second but moved on to 52 points after 24 games, with Atletico leading the standings on 55 with a game in hand. Barcelona, who play at home to Cadiz today, are third on 46 points.