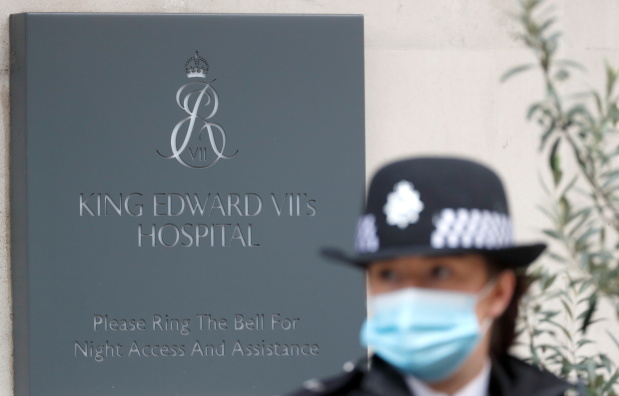 London: Prince Philip, the husband of Britain's Queen Elizabeth, is 'OK', Prince William said on Monday after his 99-year-old grandfather spent a sixth night in hospital.

Philip, the Duke of Edinburgh, was admitted to hospital on Tuesday as a precautionary measure after feeling ill with an ailment that was not related to Covid-19.

"Yes, he's OK, they're keeping an eye on him," William said on a visit to a vaccination centre in eastern England. Royal reporters said he delivered his message with a wink.

The Duke was admitted to the private King Edward VII's Hospital in central London after feeling unwell for a short period, Buckingham Palace said, and was kept in over the weekend for further observation.

A royal source said doctors had been acting out of an abundance of caution and that Philip was in good spirits.

Son and heir Prince Charles paid him a brief visit on Saturday, although there has been no official update on his condition since last week.

Philip, who retired from official engagements in 2017, spent four nights at the same hospital at the end of 2019 while being treated for a pre-existing condition.