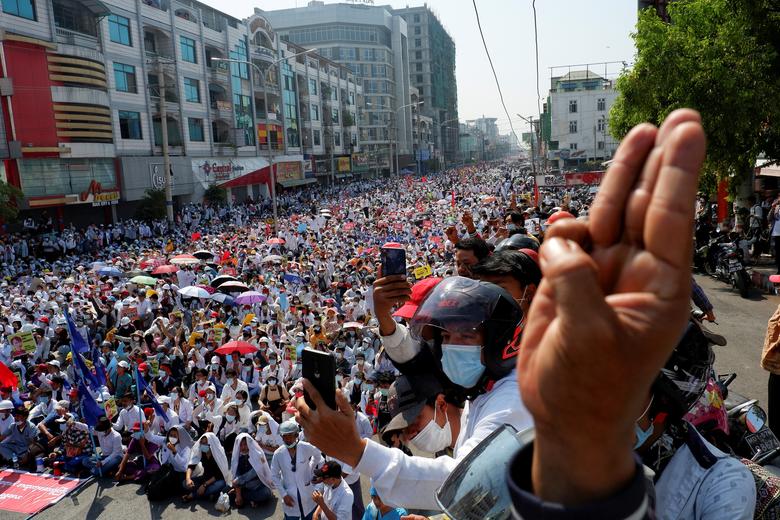 YANGON: A general strike against military rule shut businesses in Myanmar yesterday and huge crowds gathered peacefully despite fears of violence after authorities warned that confrontation could be deadly.

Three weeks after seizing power, the junta has failed to stop the daily protests and a civil disobedience movement calling for the reversal of the February 1 coup and release of elected leader Aung San Suu Kyi.

Hundreds of thousands gathered in cities and towns across the country, from the northern hills on the border with China to the central plains, the Irrawaddy river delta and the southern tip of the panhandle, social media images showed.

In the capital, Naypyitaw, where the military is headquartered, a police water cannon truck and a fleet of other vehicles closed in to break up a procession of chanting protesters who scattered when police on foot rushed in.

The response of security forces this month has been less deadly than in earlier bouts of turmoil, but three protesters have been killed – two shot dead in Mandalay on Saturday, and a woman who died on Friday after being shot more than a week earlier in Naypyitaw.