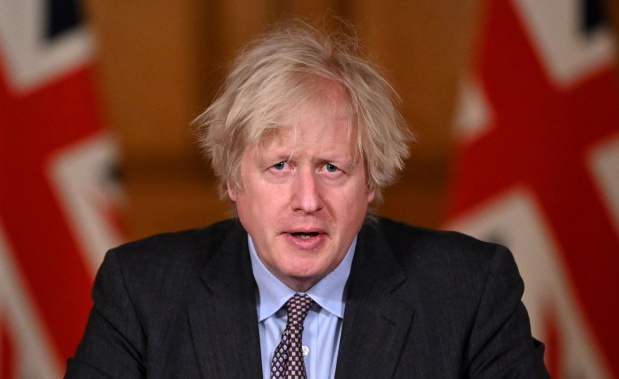 London: It is premature to write off big cities such as London which will bounce back strongly as the pandemic wanes, British Prime Minister Boris Johnson said on Monday after unveiling a plan that will keep offices deserted for months more.

The Covid-19 pandemic triggered a sweeping reassessment of urban life and work, with some predicting that the world's premier financial centres such as New York, London, Shanghai and Tokyo could seep capital and talent and ultimately decline.

Counting houses and skyscrapers across London's skyline -- from the hedge funds of Mayfair and the lawyers' chambers of Holborn to the trading floors of the City and Canary Wharf -- have emptied during almost a year of restrictions.

Big banks, law firms and investment funds sent all but a skeleton staff home months ago, leaving one of the world's biggest global financial capitals without its bustle.

"But you know I don't believe this is going to mean a fundamental change to the way our life in our big cities really works," Johnson, a former mayor of London, said. "Our great cities will bounce back."

He said the paradox was that the better people could talk electronically the more they craved human interaction.

"That I'm sure will come back and I think that London - our great cities - will be full of buzz, and life and excitement again, provided people have confidence about coming back," he said.

As he unveiled his four-stage plan for lifting the restrictions, Johnson cautioned that there would be no "zero Covid world", so people would have to get used to the coronavirus as they have got used to the flu.

But he gave no clear date for an end to working from home -- one of the biggest changes to working practices in decades.

Johnson said the government would review the need for social distancing and face masks in a process that would conclude ahead of Step 4 of the restart plan, which would not come into force before June 21.

"People should continue to work from home where they can," Johnson told parliament.

The temporary end of the office has already forced companies to assess whether they need to pay for vast spaces in central London, while the city's transport system has been pushed towards insolvency by a lack of commuters.

As employers mull ways to cut costs in the worst economic slump since the Great Depression, some employees have been driven to distraction working from home while also home schooling. Some have found it liberating to cut out an expensive commute.

Facebook Inc. CEO Mark Zuckerberg said last year that about half its workforce would eventually do their jobs outside the office over the next five to 10 years.

A report by Citi last year found that 24% of occupations in the United States could be performed remotely - and that those occupations employ 52% of the U.S. workforce.

"Before the Industrial Revolution, most people worked from their homes producing the goods and food they needed," Citi said. "The Covid-19 pandemic was able to accelerate the shift to remote working."