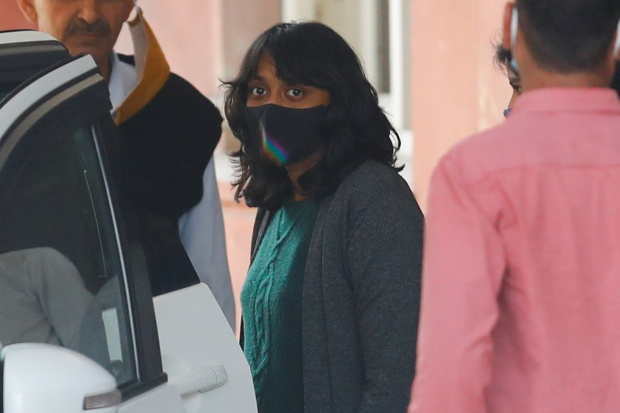 New Delhi:  A New Delhi court on Tuesday granted bail to 22-year-old climate activist Disha Ravi, who was arrested for sedition over the creation of an online toolkit to help protesting farmers.

Judge Dharmender Rana said there was little to hold Ravi, a founder of the local chapter of Swedish climate crusader Greta Thunberg's movement, in custody any longer.

Her arrest at home in the southern city of Bengaluru earlier this month stoked criticism of repression of dissent.

Police said she was involved in producing and disseminating an action plan that sparked violence during farmers' protests in Delhi. Her lawyers said the arrest was illegal and there was nothing seditious in the toolkit.

"Considering the scanty and sketchy evidence on record, I do not find any palpable reason for keeping a 22-year-old in custody," Rana told a packed courtroom.

Ravi's arrest came as Indian Prime Minister Narendra Modi's government has been trying to get farmers to back down from a campaign that has drawn support around India and from abroad.

Tens of thousands have been camped out on the outskirts of New Delhi in bitter cold since December to protest new agricultural laws they say will hurt them to the benefit of large corporations.

The government says the reforms will bring new investment in the vast and antiquated agriculture produce markets.