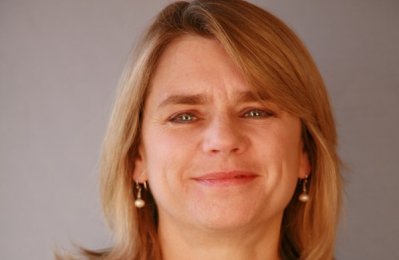 Global architecture, planning and design firm CallisonRTKL (CRTKL) has announced two key global appointments as company enters its 75th year.
Kim Heartwell has been appointed its new CEO based in the Washington DC office, while Harold Thompson has been named its first COO.
In her new role, Heartwell will expand and bolster CRTKL's position in the marketplace, said the company in its statement.
Her 30-plus year tenure and depth of industry knowledge and breadth of experience will position the firm for continued success.
"I look forward to overseeing CRTKL’s ongoing work in the Mena region, as we continue to aspire to being trusted development partners shaping the future of the Gulf and the Middle East," said Heartwell.
"As regional governments embark and finalise projects that complement ambitious and wide ranging national developmental plans, I hope to witness the use of advanced data solutions and sustainably focused design in projects in nations including Egypt, Saudi Arabia and the UAE," she added.
Her nuanced understanding of CRTKL is evident in the many positions she has held since joining the firm. From junior architect to DC office leader to global workplace practice leader – Heartwell's tenure with the company has led to some of the most impactful workplace projects, growing the business into an impressive global force.
Specifically, her expertise in change management, workplace design and mobility strategies for complex organizations will directly influence the growth and advancement of CRTKL as it expands its global footprint.
"This is a tremendous time to be afforded this opportunity, she stated.
"Addressing the challenges humanity faces today – from health and well-being to resiliency and security, the built environment directly impacts all. Now more than ever, the relevancy of a global, ideas-driven practice like CRTKL is necessary," said Heartwell.
"I am thrilled to be leading the firm into its next 75 years, building on our legacy and making a positive impact for the future," she added.
On Thompson's appointment, CRTKL said his varied career history included the time spent advising clients in the Middle East, where he helped establish CRTKL’s Dubai office in 2009.
As COO, he will focus on business performance and operations, execute business strategies, and provide leadership, management, and vision to maximize operating efficiency.
Thompson will also collaborate with Heartwell to advance the influence of research, digital transformation, and generative design throughout CRTKL.
"CallisonRTKL is a longstanding design leader," stated Thompson. "With its global presence, advanced digital infrastructure, and collaborative approach, the firm's agility is an asset in the current market," he noted."
"We are extremely proud of our legacy in creating memorable, human-centric places – and remain committed to continued innovation in our industry," he added.-TradeArabia News Service