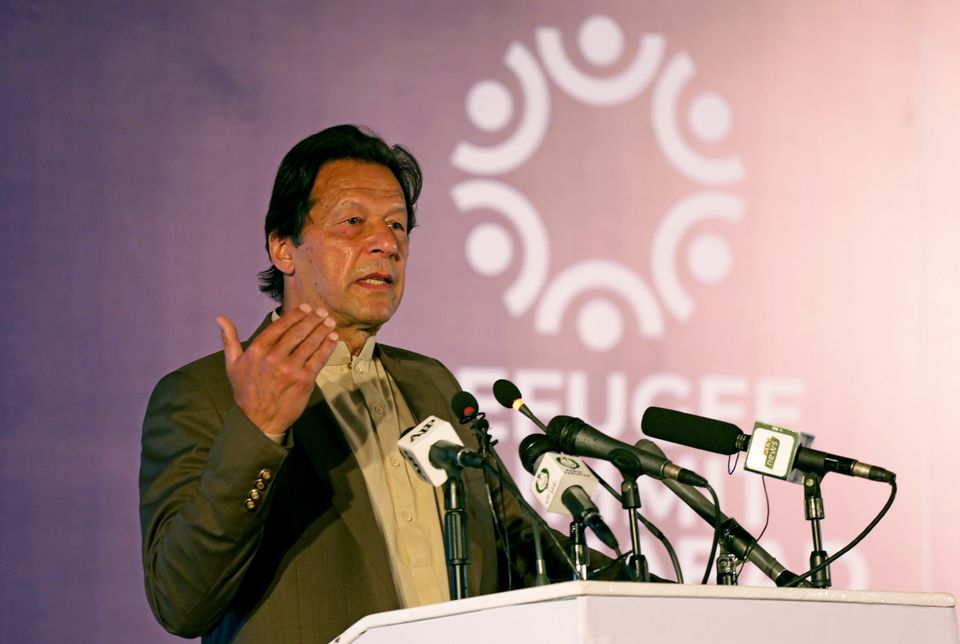 Pakistan's Prime Minister Imran Khan speaks during an international conference on the future of Afghan refugees living in Pakistan, organized by Pakistan and the UN Refugee Agency in Islamabad, Pakistan February 17, 2020. REUTERS/Saiyna Bashir

The ruling party of Prime Minister Imran Khan and his political allies will seek to wrest control of Pakistan's Senate from opposition parties on Wednesday in indirect elections to 37 seats in the 104-member upper house of the country's parliament.

Though his party won the 2018 general election, Khan's coalition does not have a majority in the Senate, needed to pass key legislation - including legal reforms sought by global institutions such as the International Monetary Fund (IMF) and money laundering watchdog the Financial Action Task Force (FATF).

"They have difficulty in legislating, and many laws are stuck," Ahmed Bilal Mehboob, head of the independent research organisation PILDAT, told Reuters.

Khan's Pakistan Tehreek-e-Insaaf (PTI), which translates into Pakistan Movement for Justice, has 12 seats in the Senate, and the two main opposition parties Pakistan Peoples Party (PPP) and Pakistan Muslim League - Nawaz (PML-N) have 12 and 25 seats each.

PTI is looking to go up to 25 seats after the elections, and, along with other coalition parties and independents, have a slender majority in the Senate.

The electoral college for the Senate elections, which are held every three years on half of the chamber's strength, comprises Pakistan's four provincial assemblies and the lower house of parliament.

With opposition parties controlling the Senate, the government has had to pass interim legislation through Presidential Ordinances, which expire in 120 days.

The government's legislators and allies in the lower house of parliament will vote on making Khan's finance minister, Abdul Hafiz Sheikh, a senator. The result could show how much confidence there is in the administration.

"It could determine who has a majority in parliament... it will be an embarrassment for the government, and could even lead to seeking a fresh vote of confidence," Mehboob
said.

The lead up to the potentially pivotal election has been marked by the government and opposition charging each other with seeking votes through unfair means.