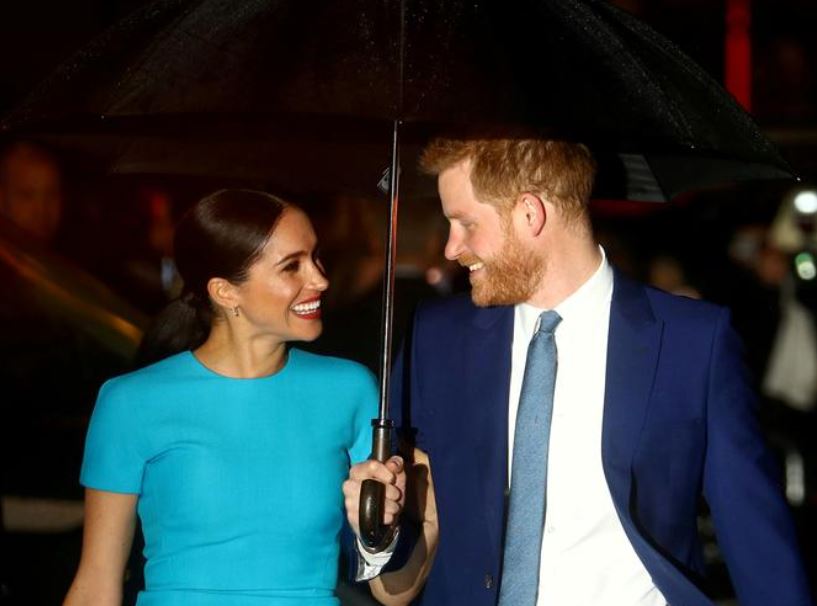 London: Prince Harry’s wife Meghan has accused Buckingham Palace of “perpetuating falsehoods” about her and her spouse, saying the royal couple would not be silent in telling their story.

Meghan, the Duchess of Sussex, made the comments to American talk show host Oprah Winfrey in an interview about why they quit their royal roles that is due to be broadcast on US television on Sunday.

An advance excerpt of the interview was released on Wednesday, hours after Buckingham Palace said it was “very concerned” about reports in the Times newspaper that assistants working for Meghan two years ago had been bullied by her.

Harry and Meghan issued a statement denying that she had bullied anyone.

“How do you feel about the Palace hearing you speak your truth today?” Winfrey asks Meghan in the excerpt.

Meghan responded: “I don’t know how they could expect that after all of this time we would still just be silent, if there is an active role that The Firm is playing in perpetuating falsehoods about us.”

The Firm is the name that the British royal family sometimes uses to describe itself.

“And if that comes with risk of losing things, I mean, there’s a lot that’s been lost already,” Meghan added.

The interview was recorded before The Times newspaper ran a report citing unnamed sources as saying an aide to Harry and Meghan had raised a complaint in October 2018 alleging that Meghan had reduced some of her assistants to tears and treated others so badly that they had quit.

The paper said Harry had urged the aide, who has now left their staff, to drop the complaint, and it never progressed.

The Times said it had been contacted by former staff members who wanted the public to gain insight before the Winfrey interview aired - and that lawyers for the couple had labelled the allegations a smear orchestrated by the Palace.

Reuters could not independently verify the report.

“We are clearly very concerned about allegations in The Times following claims made by former staff of The Duke and Duchess of Sussex,” Buckingham Palace said in a statement.

The Royal Household “does not and will not tolerate bullying or harassment in the workplace”, it added.

It said its HR team would look into the allegations, and that members of staff involved at the time would be invited to participate.

A spokeswoman for Meghan said earlier that she was “saddened by this latest attack on her character, particularly as someone who has been the target of bullying herself and is deeply committed to supporting those who have experienced pain and trauma”.

Meghan and Harry, who married in May 2018, stepped back from their official duties in March last year to forge new careers and a financially-independent life in California.

That decision was confirmed last month when they also handed over all their royal patronages.

They said their move was fuelled in part by intense press intrusion.

However, Meghan had also previously indicated that she felt she did not have the full support of the royal family.

In court documents submitted as part of her successful privacy action against the mass-circulation Mail on Sunday, her lawyers said she had felt “unprotected” while she was pregnant with their son Archie.