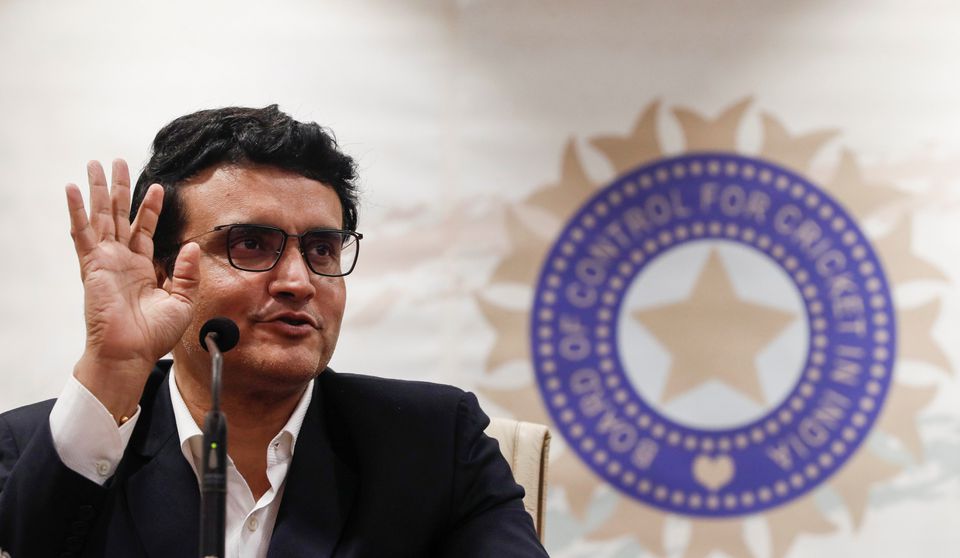 FILE IMAGE: Former Indian cricketer and current BCCI (Board Of Control for Cricket in India) president Sourav Ganguly reacts during a press conference at the BCCI headquarters in Mumbai, India, October 23, 2019. (Reuters Photo)

Southampton will host the June final of the inaugural World Test Championship (WTC) which was originally scheduled at Lord's, Indian cricket board president Sourav Ganguly has said.

The governing International Cricket Council (ICC), which initially had said the match would take place at Lord's, did not mention the venue while confirming the finalists on Saturday.

It would make an announcement about the venue in due course, an ICC spokesman told Reuters, but Ganguly said Southampton, which has an on-site hotel at the Ageas Bowl, would host the June 18-22 contest.

"It has been decided a long time ago. They have the hotel, which makes it easier for them to control (the bio-secure environment)," Ganguly told India Today news channel.

The England and Wales Cricket Board (ECB) and the Marylebone Cricket Club, which owns Lord's, were not immediately available to comment.

Southampton and Manchester, which also has a hotel at Old Trafford, hosted matches against West Indies, Pakistan, Ireland and Australia last year when international cricket resumed after being disrupted by the COVID-19 pandemic.

New Zealand will play a two-test series in England in June before taking on India.