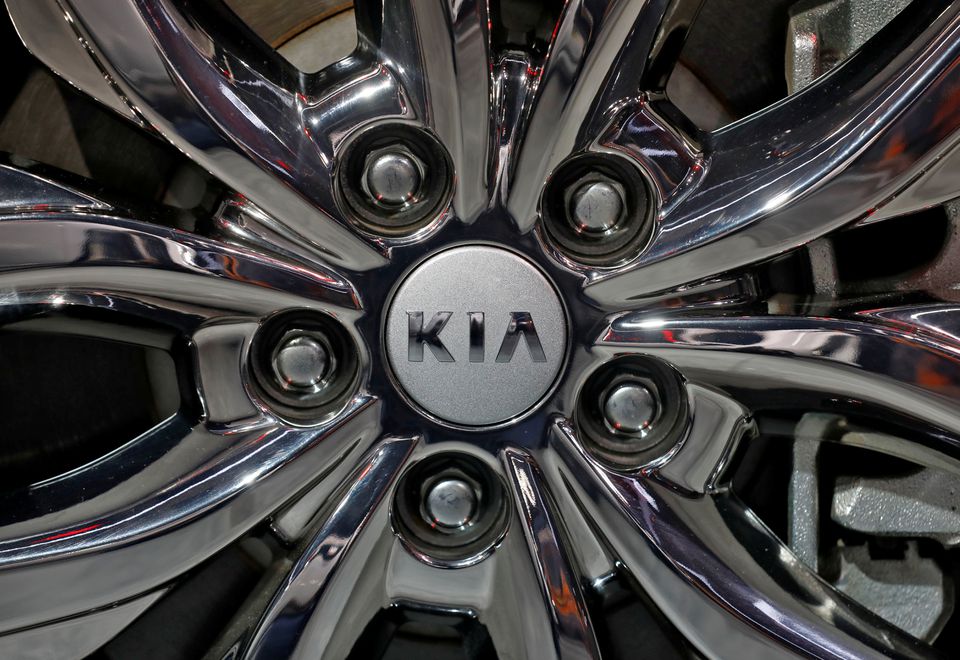 FILE IMAGE: The logo of Kia Motors is seen on a wheel of its Carnival car at the India Auto Expo 2020 in Greater Noida, India, February 5, 2020. (Reuters Photo)

Kia Motors Corp (000270.KS) said it will recall nearly 380,000 Sportage and Cadenza vehicles because an electrical circuit could cause a fire in the engine compartment.

The recall covers vehicles built from the 2017-2021 model years and dealers will replace some fuses in the electrical junction box.

Kia is advising owners to park outside and away from structures as a precaution until the recall repair is complete. The recall was prompted by a a similar one in the Korean market. No fires, crashes or injuries have been reported related to the issue, Kia said.