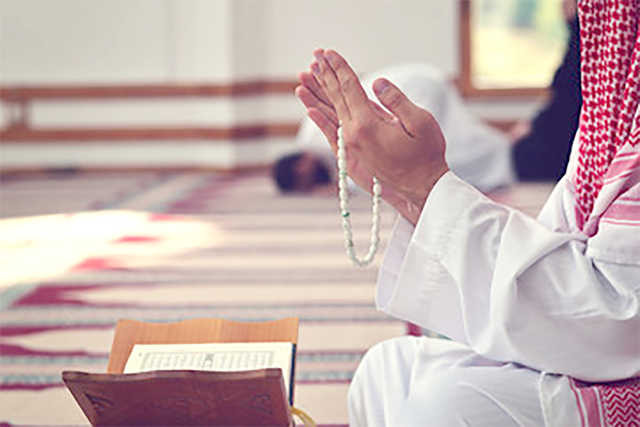 The Muslim world is passing through one of four sacred months, Rajab, which is nearing its end.

The three other sacred months are: Dhu Al Qa’dah, Dhul Hijja and Muharram.

According to the belief of a majority of the Muslims, the miraculous night journey of the Prophet (S) from Majidul Haram, Mecca, to the furthest Masjidul Aqsa, Jerusalem – known as ‘Isra’ – and the ascension to the heavens from Masjidul Aqsa – called ‘Miraj’ – happened on the 27th of Rajab.

Quran says: “Glory be to Him who made His servant to go on a night from the Sacred Mosque to the remote mosque of which We have blessed the precincts, so that We may show to him some of Our signs; surely He is the Hearing, the Seeing (17:1).

This miraculous and dignified journey of the Prophet (S) is divided in two parts, the first of which is known as “Isra” and the second “Miraj”. Just before starting his second part of journey to the heavens, the Prophet (S) prayed two units of Sunnah along with all the Prophets who were sent by Allah to this world.

During the second part of journey, the Prophet (S) was allowed to travel from the first heaven to the seventh heaven, the end of which is the Lot Tree, and during the journey he met several angels, prophets of the past and several other unimaginable wonderful sights.

It was at the end of seventh heaven that the Prophet (S) was given the divine decree of establishing five daily prayers. The Quran says: “And establish regular prayer for celebrating my praise” (20:14).

Prayer is a chance for Muslims to draw closer to Allah, during which time they promise to Allah directly that they are ready to consecrate their lives for His sake alone. Those who sincerely promise to sanctify their lives during the prayers cannot err and sin. The Quran says: “Certainly prayer restrains from shameful and unjust deeds” (29:45). If the worshipper prays sincerely and piously, it would purge his thoughts and actions and he would feel ashamed of doing prohibited things.

The Prophet (S) returned to Mecca before the dawn of the next day after having completed the miraculous night journey which was a comforting gift from God, the Almighty, to reinforce his mind and to relieve him of distress after the painful loss of two of his closest supporters – his beloved wife Khadeeja and his uncle Abu Talib, a long supporter of the Prophet (S).

Before these two blows, he had a painful return trip from Taif where he went to call people to the message of Islam, but in return, the people of Taif tormented and tortured him and they appointed some children to throw stones at him.

These three great blows and shocks happened in the same year which was henceforth known as the “Year of great sorrow”.

Here the miraculous journey of the Prophet (S) teaches a lesson for the believers that there comes relief after pain and suffering follows uneasiness.

Yet another important point to be understood from this miraculous journey is the greatness and magnificence of Allah. As one contemplates the creation of this wonderful cosmos from emptiness, the journey was only a tiny one for The Lord of the World who is omnipotent. Allah says: “Verily when He intends a thing, His Command is, ‘Be’, and it is!” (36:82).

Although, there is no special worship recommended by the Prophet (S) for his followers during this month, he recommended more virtuous activities and to refrain from all prohibited things for which the rewards and punishments will be multiplied by the Lord of the World than in the other months.

Besides, Muslims are advised to stop all hostility against others and replace them with comradeship and compassion during all the sacred months.

This does not mean that prohibited habits and deeds are allowed in the other months.

The miraculous journey remains a test of faith in the unseen as well as an honour to the Prophet’s community by giving them a chance to draw closer to Allah during their prayers and other forms of worship.