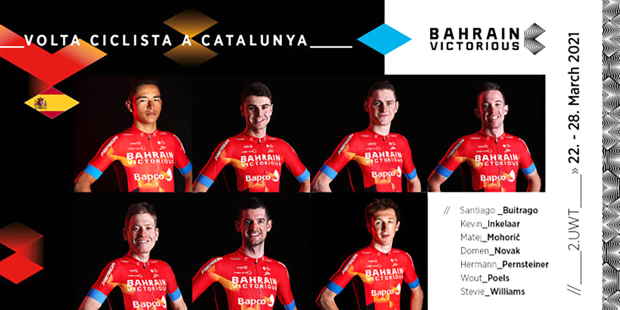 MADRID: Team Bahrain Victorious are ready to take on the demanding stages of the Volta Ciclista a Catalunya.

The route for the 100th edition of the race, which will be held between March 22 and 28, spreads over 1,000km across seven stages.

Volta starts in Calella and will head towards Tossa de Mar and Vidreres, where intermediate sprints will be held, and then face the climb to the port of Les Guilleries. The main challenge of the day will be climbing the Port of Santa Fe del Montseny, before descending back to Calella

The second stage will be a short ITT of 18.5km in El Pla de l’Estany, with the start and finish located in Banyoles. The flat route shouldn’t see significant gaps form in the GC, but it could start to shape the overall standings.

The longest stage will be on the third day covering 203km, with a challenging finale up the 11.1km hors categorie climb of Vallter 2000.

Stage four will be another tough day, with two hors categorie climbs, first taking on the demanding El Cantó before finishing on Port Ainé.

The fifth stage starts in La Pobla de Segur and takes on the hard climb up Montserrat before descending to the finish in Manresa.

The sixth stage includes the circuit of Catalunya. The riders will start the day in Tarragona, with a route of continuous ups and downs without great mountain difficulties until they finish in Mataró, which could be a day for the sprinters.

Barcelona, and in particular the mountain of Montjuïc, will be the protagonist of the last stage of the Volta. The bunch will ride around the Catalan capital before re-entering the city, facing six climbs in Montjuïc.