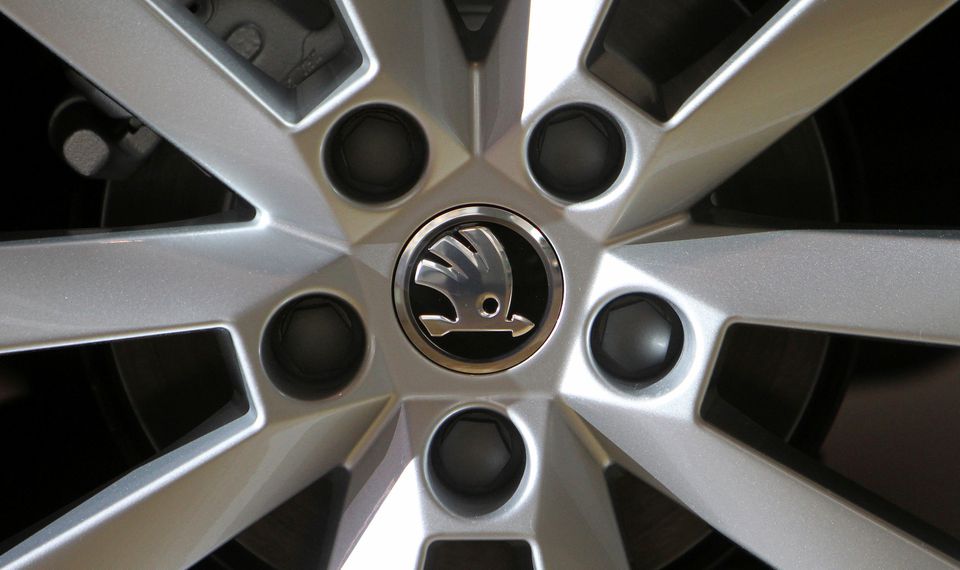 FILE IMAGE: A logo is seen on a wheel of a Skoda Octavia car after a presentation of the company's annual results in Mlada Boleslav March 20, 2013. (Reuters Photo)

Czech carmaker Skoda Auto, part of the Volkswagen Group (VOWG_p.DE), said on Wednesday it would invest around 2.5 billion euros over the next five years on future technologies, with more than half going to electric vehicle investment.

The Czech Republic's largest exporter is hoping for a rebound in 2021 from a global car sales drop but faces uncertainty over the coronavirus pandemic and a semiconductor shortage rattling the industry.

"This year is likely to be another big challenge," finance director Klaus-Dieter Schuermann said. "We expect Skoda Auto's group performance to improve, with sales revenue significantly above the level of last year."

Global deliveries remained above 1 million cars for a seventh straight year despite a 19% drop after production outages at the outset of the pandemic and a fall in China, its biggest single market.

Chief Executive Thomas Shaefer said the car company was managing the semiconductor shortage "but it will follow us for awhile" and the impact was not visible yet.

Skoda's core market in Europe would be electric in the future, Shaefer said, although it was still not time to completely switch away from traditional models, which include the launch last year of a new generation of its flagship Octavia model. It has also started production of the all-electric Enyaq iV model.

Skoda plans investments of 1.4 billion euros into electromobility development as part of its five-year investment plan. Investments will also go into digitalisation activities and plant modernisation.