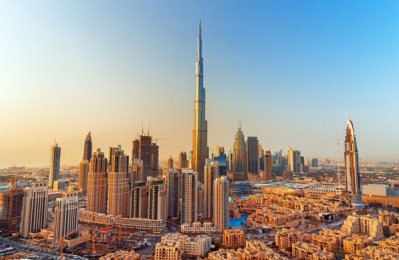 UAE
The UAE has been ranked among the 20 leading countries in 16 global competitiveness indexes related to foreign trade in 2020.
The Federal Competitiveness and Statistics Centre documented the international references confirming these achievements, most notably the World Competitiveness Yearbook (WCY) published by the International Institute for Management Development (IMD), the Global Competitiveness Index 4.0 issued by the World Economic Forum (WEC), the Logistics Performance Index (LPI) issued by the World Bank, the Global Innovation Index issued by INSEAD, and the Legatum Prosperity Index issued by the Legatum Institute, a WAM report said.
The UAE’s competitiveness analysis based on the global indexes highlighted the fact that its achievements were results of a range of factors, including economic planning based on a strategic vision that encourages competitiveness, which enabled the UAE to attain an advanced regional and global status in merchandise trade, as documented by the Ministry of Economy’s reports. The UAE is ranked third in the world and first in the Arab region in terms of re-exports, in addition to being a top 20 country in terms of both exports and imports.
Various global competitiveness reports highlighted several positive indicators underscoring the ongoing momentum of the country’s trade with the rest of the world in 2020, despite the global slowdown resulting from the lockdowns associated with the pandemic.
Moreover, recent figures published by the Federal Competitiveness and Statistics Centre pointed out that the value of the country’s non-oil foreign trade passed the AED1 trillion ($272 billion) mark in the first nine months of 2020.
The centre’s figures also noted that the value of the UAE’s exports and re-exports outperformed imports in September 2020, bypassing the AED76 billion mark while the trade account surplus between the UAE and Arab countries amounted to AED136.5 billion in the first nine months of 2020.
The Arab Economies Competitiveness Report 2020 issued by the Arab Monetary Fund (AMF) ranked the UAE the first in the Arab region in the "Trade Openness Index" and the "Current Account Balance Index." -- Tradearabia News Service