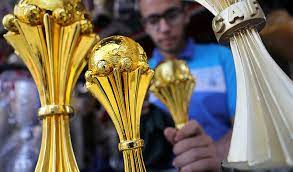 Cape Verde needed only a draw away to Mozambique in Maputo to prevent their hosts from qualifying but Faisal Bangal’s own goal handed the visitors a 1-0 win in Group F.

Ethiopia lost 3-1 to Ivory Coast but still qualified, while Mauritania won 1-0 away to the Central African Republic in Group E to secure their spot for a second straight tournament.

Guinea Bissau posted a 3-0 victory over Congo to catapult above them into second place in Group I. They had to win the game while their visitors needed only to draw but Piqueti scored in the last minute of the first half and Frederic Mendy and Jorginho Intima added two more after the break to see Guinea Bissau to a third successive finals.

Ivory Coast beat Ethiopia in Abidjan to top Group K with 13 points but Ethiopia, with nine, qualified as runners-up when Madagascar were held to a 0-0 draw by Niger at the same time.

The Malagasy, who reached the last Cup of Nations quarter-finals on their debut, needed a home win to usurp Ethiopia in the standings but despite their desperate onslaught at home in Toamasina failed to beat veteran goalkeeper Kassaly Daouda.

Ethiopia were a goal behind within three minute as Willy Boly scored for the Ivorians followed by a 19th minute penalty from Franck Kessie. Getaneh Kebede pulled a goal back in the second half but the hosts quickly re-established a two-goal advantage through Jean Evrard Kouassi.

Former Fulham striker Aboubakar Kamara scored on the stroke of halftime to ensure Mauritania qualified with a win in Bangui.