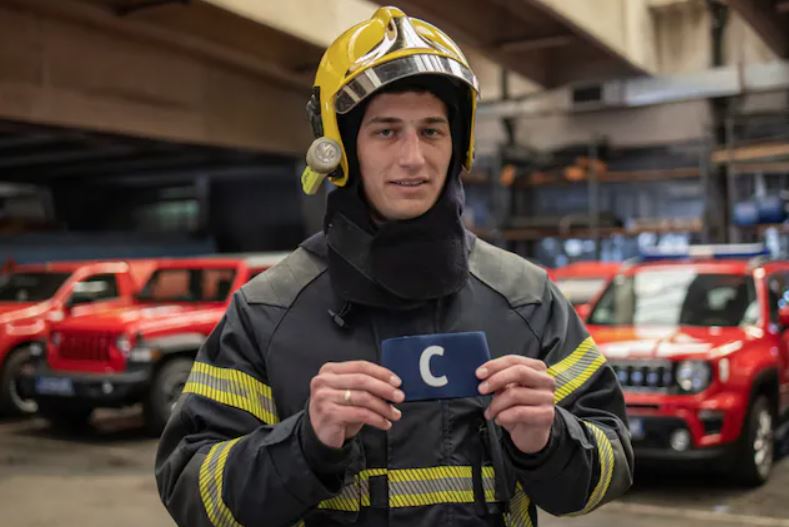 FILE IMAGE:Djordje Vukicevic, duty firefighter, poses with Cristiano Ronaldo's armband which the Portugal captain threw on the pitch after his goal was disallowed in a World Cup qualifier against Serbia, at the Belgrade's firefighting brigade headquaters, Serbia, April 1, 2021. Djordje and his colleagues put up for a charity auction the blue armband with a white letter C to collect money for the treatment of a 6-month-old Gavrilo Djurdjevic from Serbia who is suffering from spinal muscular atrophy. Reuters Photo
I WAS very touched by the gesture of a fireman who offered one of his priceless possessions for auction to help a critically ill six-month-old baby from Serbia. Football star Cristiano Ronaldo had once thrown away his armband after an acrimonious defeat at the hands of Serbia and it was this armband that somehow made its way to the fireman .