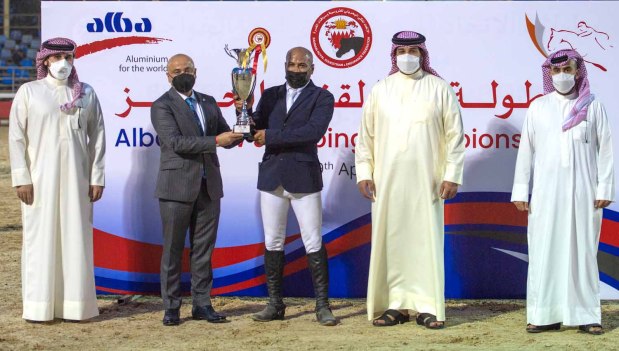 Basel Al Dosseri of the BDF has been crowned champion in the main competition of the Alba Showjumping Championship, held in Al Raffa.

The championship featured three other events for senior participants. Khalid Janahi of the Interior Ministry triumphed in the third competition which included 110cm obstacles. He posted a time of 31.70 seconds, almost one second ahead of his teammate Mohammed Ali Radhi, who finished second. Saber Salman of BDF finished third, completing the event in 34.46 seconds.

The championship was the final round of the 2020/2021 showjumping season.