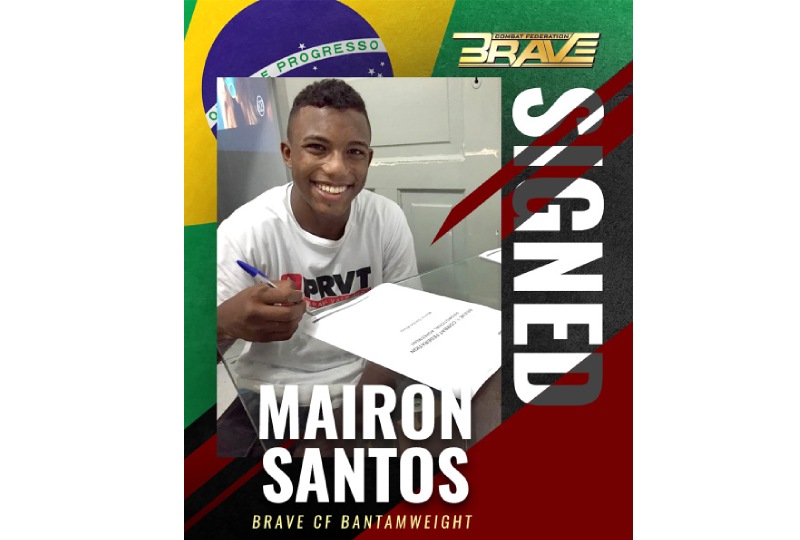 One of the most coveted young stars in Brazilian MMA, undefeated Mairon Santos, has joined BRAVE Combat Federation.

Mairon has completely dominated the local scene and had been linked to multiple national and international organisations, but decided to join the truly global promotion.

Holding a professional record of 12 wins and no losses, with seven KOs and TKOs under his belt, the striking artist started his professional career in 2019 and managed to fight once every two months against the best of the best in the Brazilian circuit.

The number of wins and his performances have garnered worldwide attention, with Santos being included in several “fighters to watch” lists for 2021.

Fighting out of the renowned “Paraná Vale-Tudo”, under the guidance of Master Paraná, who brought up talents such as Jessica “Bate-Estaca” Andrade, Santos is also known as “A Lenda”, which translates as “The Legend”.