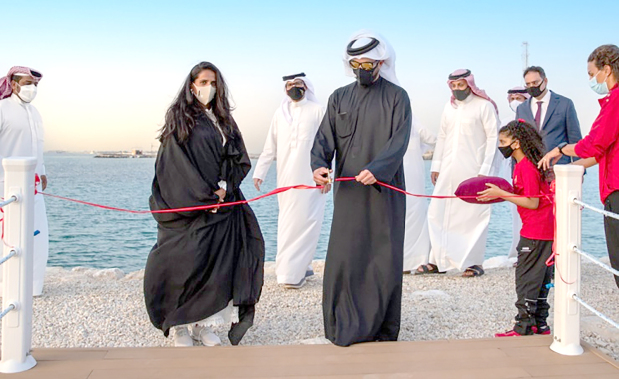 Shaikh Khalid toured the milestone which includes an Olympic swimming pool, a semi-Olympic pool and other facilities.

He was briefed about various facilities and the construction method – using tools and parts that can be assembled and transported, totalling 2,613 pieces.

He attended a girls’ swimming race, held at the semi-Olympic pool, followed by a race for boys at the Olympic pool, marking the official launch of the two pools.

Shaikh Khalid thanked Edamah for providing the space for the project to be set up by the Olympic committee.