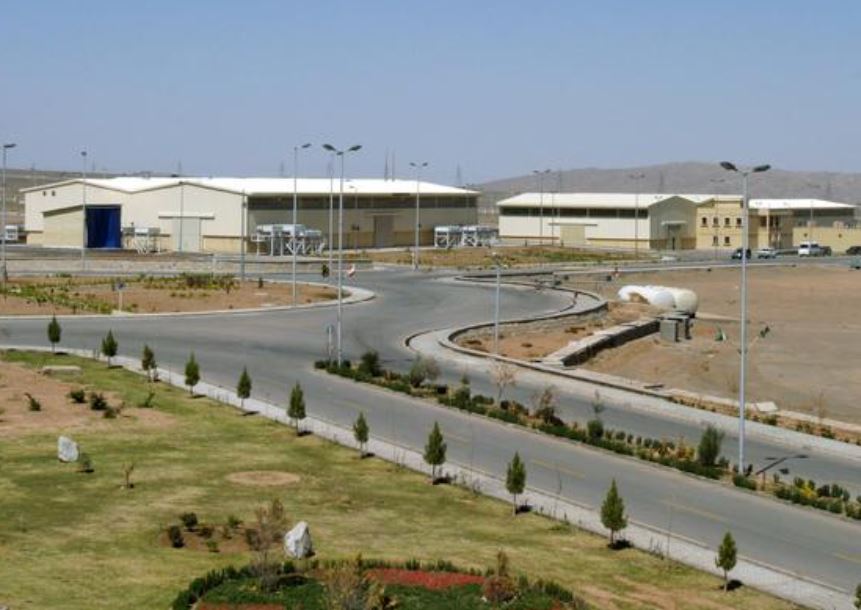 Tehran: An incident at Iran’s Natanz nuclear facility on Sunday was caused by an act of “nuclear terrorism”, the country’s nuclear chief Ali Akbar Salehi said, according to state TV, adding that Tehran reserves the right to take action against the perpetrators.

Israel’s Kan public radio cited intelligence sources, whose nationality it did not disclose, as saying that Israel’s Mossad spy agency had carried out a cyberattack at the site.

Earlier on Sunday, the spokesman for Iran’s Atomic Energy Organisation (AEOI) had said that a problem with the electrical distribution grid of the Natanz site had caused an incident, Iranian media reported.

The spokesman, Behrouz Kamalvandi, said the incident caused no casualties or contamination.

Iranian media later reported that Kamalvandi had an accident while visiting the Natanz site, “suffering a broken head and leg”.

The reports did not elaborate on the cause of the accident.

The facility, located in the desert in the central province of Isfahan, is the centrepiece of Iran’s uranium enrichment programme and is monitored by inspectors of the International Atomic Energy Agency, the UN nuclear watchdog.

“While condemning this despicable move, Iran emphasizes the need for the international community and the International Atomic Energy Agency to deal with this nuclear terrorism and reserves the right to take action against the perpetrators,” Salehi said.

He did not elaborate.

Israel, which has accused Iran of seeking to build nuclear weapons that could be used against it, made no official comment on the incident.

It took place a day after Tehran, which has denied it seeks atomic arms, started new advanced enrichment centrifuges at Natanz.

Asked about what had occurred, an IAEA spokesman said by email, “We are aware of the media reports. We have no comment at this stage.”

Kan Radio, citing the intelligence sources, said the damage at Natanz was more extensive than had been reported in Iran.

At a ceremony on Sunday with Israeli military and intelligence chiefs marking the 73rd anniversary next week of Israel’s founding, Prime Minister Benjamin Netanyahu made no direct reference to Natanz.

But he said: “The fight against Iran’s nuclearisation ... is a massive task.”

Tehran says its nuclear programme is purely for peaceful purposes.

In July last year, a fire broke out at the facility, which Iran said was an attempt to sabotage the country’s nuclear programme.

In 2010, the Stuxnet computer virus, widely believed to have been developed by the United States and Israel, was discovered after it was used to attack Natanz.

The incident at the Natanz facility comes amid efforts by Tehran and Washington to revive Iran’s 2015 nuclear deal with major powers after former US President Donald Trump abandoned it three years ago.

Trump reimposed sanctions that had been lifted on the Islamic Republic under the deal and brought in many more.

In Washington, the White House and State Department had no comment on reports of the attack.

In reaction to the US sanctions, Iran has gradually breached many restrictions imposed by the accord.

The two nations laid out tough stances at indirect talks in Vienna last week on how to bring both back into full compliance with the deal.

“The action taken against the Natanz site shows the failure of the opposition to Iran’s industrial and political progress to prevent the significant development of Iran’s nuclear industry,” Salehi said.

“To thwart the goals of those who commanded this terrorist act ... Iran will continue to improve its nuclear technology on the one hand and to lift oppressive US sanctions on the other hand,” he said.

Iran has blamed Israel for last year’s killing of Mohsen Fakhrizadeh, who was seen by Western intelligence services as the mastermind of a covert Iranian nuclear weapons programme.

Israel has neither confirmed nor denied responsibility for the killing.

President Hassan Rouhani reiterated Iran’s commitment to nuclear non-proliferation on Saturday while overseeing the launch of advanced centrifuges at the Natanz plant to mark the country’s National Nuclear Technology Day.