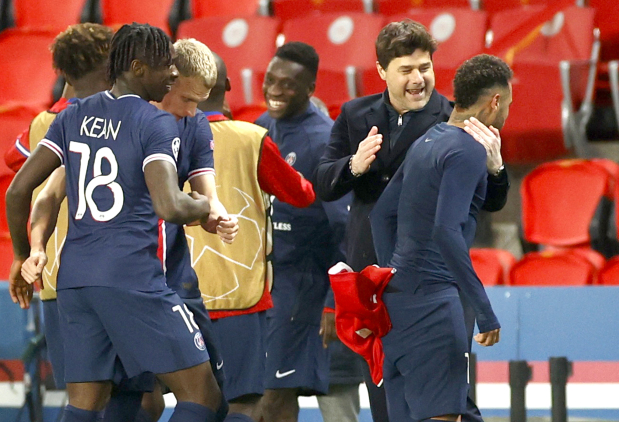 PSG moved into the semis despite a 1-0 home defeat by Bayern Munich as the title holders bowed out on away goals after a 3-3 aggregate result last night.

Eric Choupo-Moting scored the only goal of a mesmeric encounter before the interval but it was not enough to overturn the German side’s 3-2 loss in last week’s first leg.

PSG, who had struggled at times in Munich, had the clearest chances but lacked efficiency, with Neymar hitting the woodwork twice and Kylian Mbappe’s speed again proving tough to handle.

Mauricio Pochettino’s PSG side, however, kept their composure in a nerve-wrecking finale to book their spot in the last four against Manchester City or Borussia Dortmund as they look to reach the final for the second year in a row.

Meanwhile, Mehdi Taremi scored a stunning overhead kick to hand Porto a 1-0 victory over Chelsea but it was not enough to prevent the Premier League side from progressing to the last four with a 2-1 aggregate win.

The substitute had been responsible for his side’s only attempt on target as they chased a 2-0 deficit from last week’s first leg but he provided an emphatic response in a cagey game with his acrobatic strike deep into added time.

Thomas Tuchel’s side had a healthy lead from last week’s away game in Seville and had to withstand an intense start from Porto in their home leg back at the Sanchez Pizjuan Stadium, the venue of both games due to Portugal’s coronavirus restrictions.

Chelsea’s Mason Mount and Christian Pulisic each came close to breaking the deadlock after the interval but the Londoners were more focused on keeping Porto at bay.

Taremi’s last-gasp strike prevented them from keeping a clean sheet but Chelsea still managed to reach the semi-finals of Europe’s top competition for the first time since 2014.