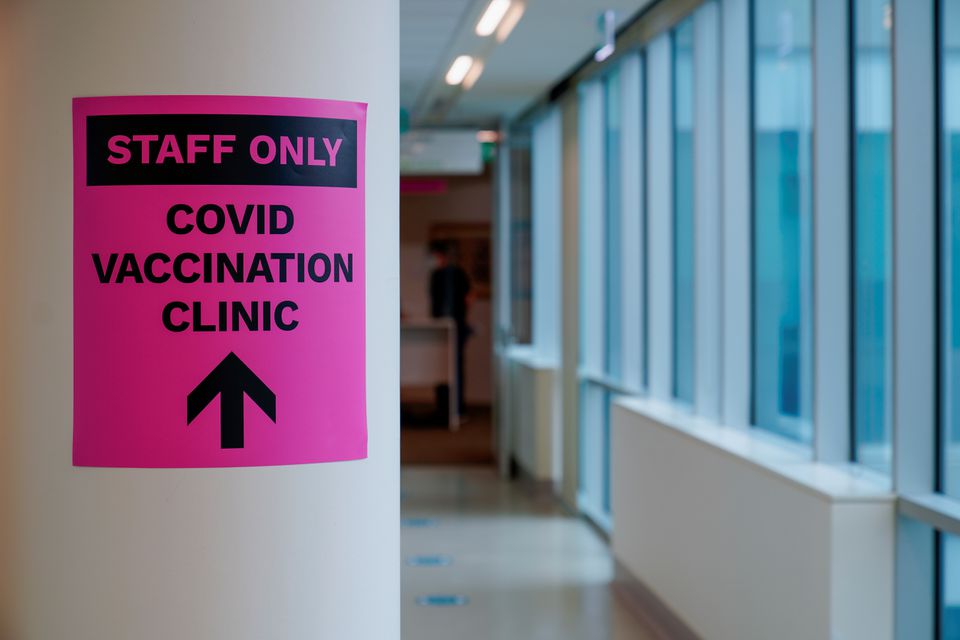 A sign for a Covid-19 vaccination clinic is seen as high-risk workers receive the first vaccines in the state of Victoria's rollout of the program, in Melbourne, Australia, February 22, 2021. (Reuters Photo)

Australia's national cabinet will begin meeting twice a week from Monday, marking a return to a "war footing" in the country's battle against the coronavirus pandemic amid turmoil in its national vaccination programme.

"This is a complex task and there are problems with the programme that we need to solve to ensure more Australians can be vaccinated safely and more quickly," Morrison said in a statement.

Australia has fared much better than many other developed countries during the pandemic, with just over 29,400 Covid-19 cases and 910 deaths.

No new cases have been reported on most days this year and officials have swiftly contained small outbreaks, but the country's vaccination programme has hit major roadblocks.

Morrison earlier this week abandoned a target to provide at least one vaccine dose to the country's near 26 million population by year-end after restricting the rollout of its favoured AstraZeneca (AZN.L) vaccine.

Findings by Europe's drug regulator of rare cases of blood clots among some adult recipients of the AstraZeneca vaccine were a major blow for Australia as the country had based its immunisation drive largely on that inoculation, with plans to manufacture 50 million doses locally. read more

Australian officials overhauled the programme in response, doubling an earlier Pfizer (PFE.N) order to 40 million shots and restricting AstraZeneca doses to people under 50.

The rollout has also been affected by export curbs imposed by the European Union on vaccines as the bloc seeks to shore up its own supplies.

Trade Minister Dan Tehan is due to travel to Europe this week to seek the release of about 3 million doses of previously promised AstraZeneca vaccines.

Morrison created a national cabinet of federal, state and territory leaders early last year to coordinate measures to combat the pandemic. There has been sniping in recent weeks between different levels of government about who is responsible for delays in the vaccine rollout.

The return to twice weekly meetings, the same frequency as at the peak of the crisis last year, would continue for the "foreseeable future", Morrison said, without providing detail on any potential steps to be taken.