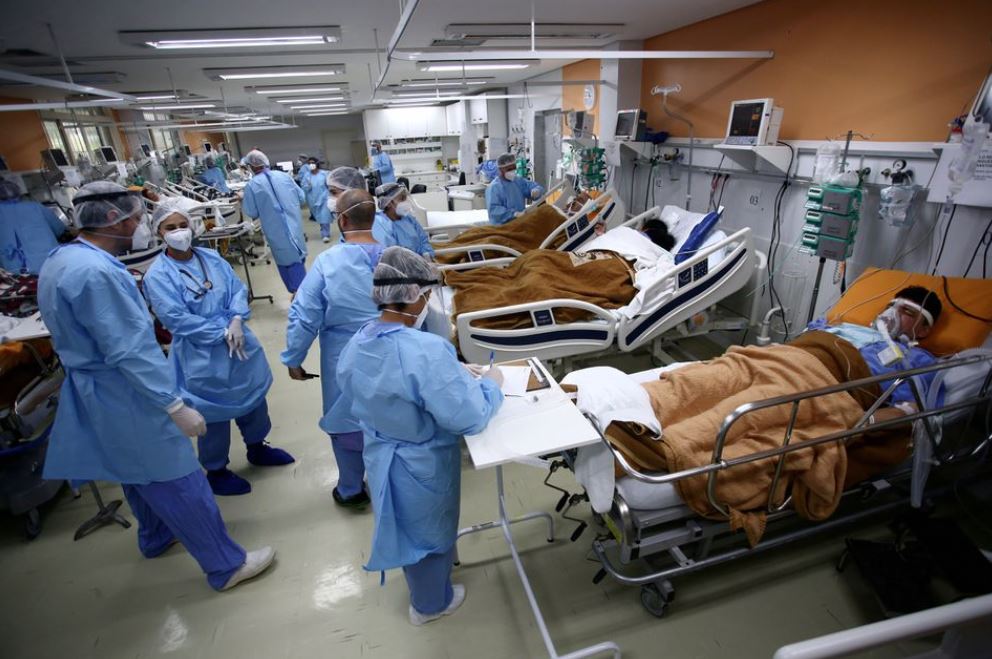 Medical workers take care of patients in the emergency room of the Nossa Senhora da Conceicao hospital that is overcrowding because of the coronavirus outbreak, in Porto Alegre, Brazil, March 11, 2021. (Image credit: Reuters)

The surging Covid-19 outbreak in Brazil is increasingly affecting younger people, with hospital data showing that last month the majority of those in intensive care were aged 40 or younger, according to a new report.

The report, released by the Brazilian Association of Intensive Medicine over the weekend, is based on data from over a third of all the country's intensive care wards. It found a significant increase in younger people being admitted to beds in Intensive Care Units (ICUs).

For the first time since the outbreak reached Brazil last year, 52 per cent of ICU beds were filled by patients aged 40 or younger. That is a jump of 16.5 per cent compared to the occupancy of that age group between December and February.

It is not clear why more young people are falling seriously ill during the current wave of the virus in Brazil, but some scientists think the new P1 variant that originated in the Amazon city of Manaus could be at least partly to blame.

Other factors, such as the vaccination of the elderly and the behaviour of younger people who might feel less concerned about going out and socializing, could also be influencing the data.

Brazil is currently the global epicentre of the Covid-19 pandemic, with daily deaths last week surpassing 4,000.

The outbreak is pushing hospitals to breaking point with many patients dying before an ICU bed becomes available.

More than 350,000 people have been killed by the coronavirus in Brazil, the world's second-highest death toll behind only the United States.