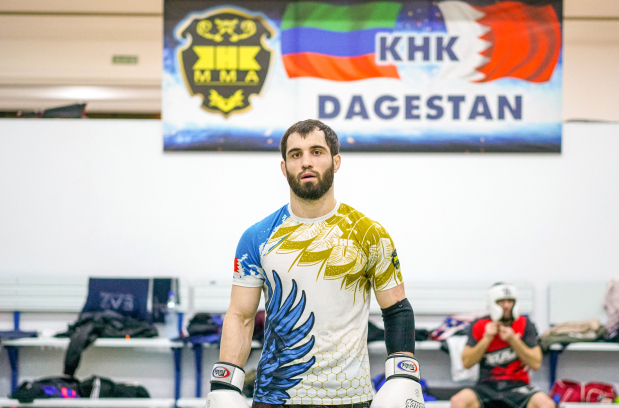 Kamil Magomedov entered the BRAVE CF Lightweight roster and has made his name known with an interesting proposition: to fight Abdisalam “Omok” Kubanychbek while the current champion Amin Ayoub figures things out with title contender Ahmed Amir.

Kubanychbek earned the right to challenge for the world title when he beat Rolando Dy at BRAVE CF 47: Asian Domination.

He was set to face off against the winner of Ayoub and Amir, when Amir was forced to postpone his title shot due to injury, throwing Abdisalam’s plans in turmoil.

Now “Omok” needs to make a decision of waiting for the title shot or maintain himself active.

Magomedov is new to the stacked BRAVE CF Lightweight division, but he has signed with the fastest growing promotion in the world BRAVE CF with one goal in mind – to be the champion – and is looking for a fast-track to a title shot.

“I came to BRAVE CF with one goal – to be a champion,” says Magomedov, who made his challenge to Kubanychbek using a social media post of himself next to the Kyrgyz star.

“A fight with Kubanychbek is the best way to get a title shot, while the champion Amin Ayoub and Ahmed Amir sort it out,” says Magomedov. “We must decide who will be next.”

The challenge received a lot of response from fans, media and even other fighters. Some believe it would be an easy challenge for the Kyrgyzstani warrior, some believe this would derail Kubanychbek’s chances, and others find it an unreasonable challenge as Magomedov is yet to debut with the promotion.