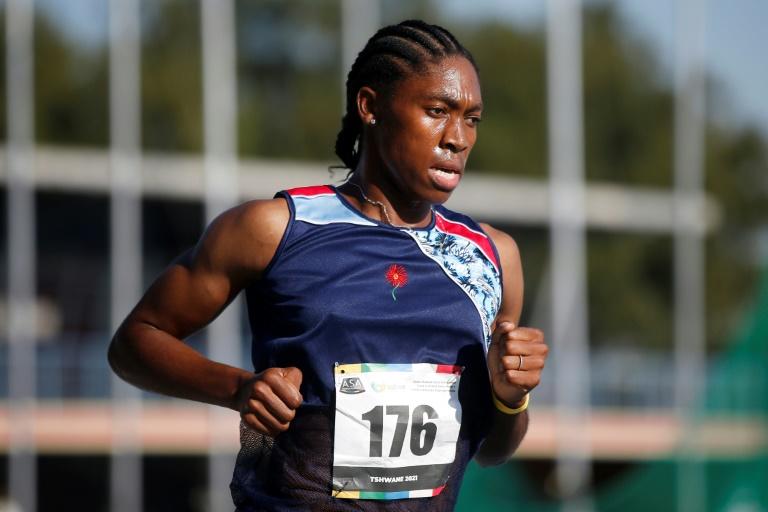 PRETORIA: Caster Semenya retained her 5,000 metres title at the South African Athletics Championships yesterday and confirmed she would not be attempting to qualify for the 200m at the Tokyo Games.

The double Olympic 800-metres champion cannot compete over her favoured distance having refused to abide by a World Athletics ruling that athletes with differences in sexual development (DSDs) competing in races ranging from 400 metres to a mile must reduce their naturally high levels of testosterone.

She has taken that fight to the European Court of Human Rights but it seems unlikely that there will be an outcome before the July 23-August 8 Olympics.

“We had to look into whether we can do 200 (metres) for the next five years. It was not really in our favour,” Semenya told reporters.

“I’m getting old, I’m scared to tear my muscles. We had to sit down and make sure that the decision that we make makes sense. Distance makes sense.”

Semenya won the 5,000-metres final in Pretoria in 15:52.28, well outside the Olympic automatic qualification mark of 15:10.00, though it was at altitude which adds considerably to the time.

“We’re happy with what we’re doing’ we’re having fun. At training each and every day we don’t stress’“ she said, adding she hoped to compete in Europe this summer, but also in a sea level event in South Africa that could help her qualify.

“Now is all about having fun. We’ve achieved everything that we wanted’ all the major titles’ inspiring the youth.

“Maybe if the guys from Durban can do something there somewhere in May. Maybe we try to go and attempt the time. It’s never too late.

“But if not’ it’s not the end of the world. For me it’s not about being at the Olympics’ it’s being healthy and running good times and being in the field for the longest.”