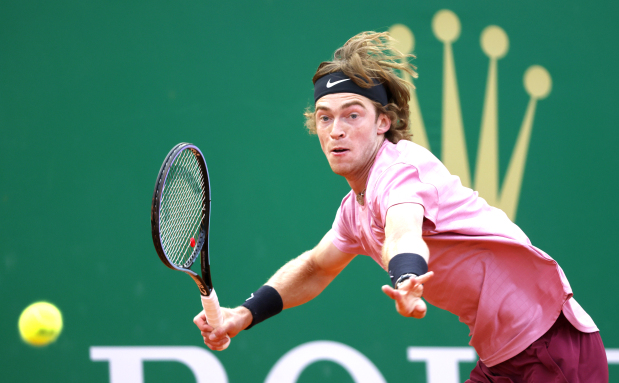 MONACO: Rafa Nadal suffered a shock quarter-final defeat by Russian Andrey Rublev at the Monte Carlo Masters yesterday as he was overpowered 6-2 4-6 6-2, only his sixth ever loss at the tournament he has won 11 times.

The Spaniard was in danger of being thrashed when Rublev led by a break in the second set, having dominated the opener, but showed his trademark grit to battle back.

Rublev was unrelenting, however, and bludgeoned his way into a 5-1 lead in the second set after break the Nadal serve three times. Nadal held serve but the 23-year-old world number eight then finished it off with a crushing forehand winner.

It was Rublev’s first win against Nadal and the first time had managed to win a set.

The semi-finals have an unfamiliar look with Rublev up against Norway’s Casper Ruud who knocked out 2019 champion Fabio Fognini 6-4 6-3. In the other half Dan Evans, who beat world number one Novak Djokovic on Thursday and followed up by knocking out David Goffin, plays fourth seed Stefanos Tsitsipas.