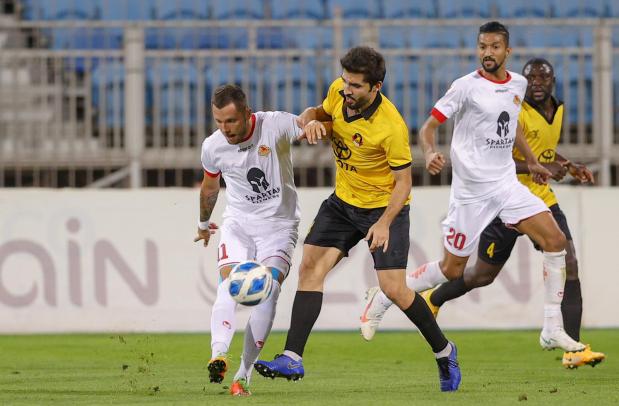 Action from the East Riffa-Ahli match

Brazilian Yuri scored the first goal in the 70th minute and Polish Lucas extended the lead in the 82nd minute.

East Riffa raised their tally to 31 points, while Al Ahli remain on 17 points.

Syrian Mohammed Faris scored the only goal in the second half. Hidd now have 21 points, while Muharraq remain on 20 points.