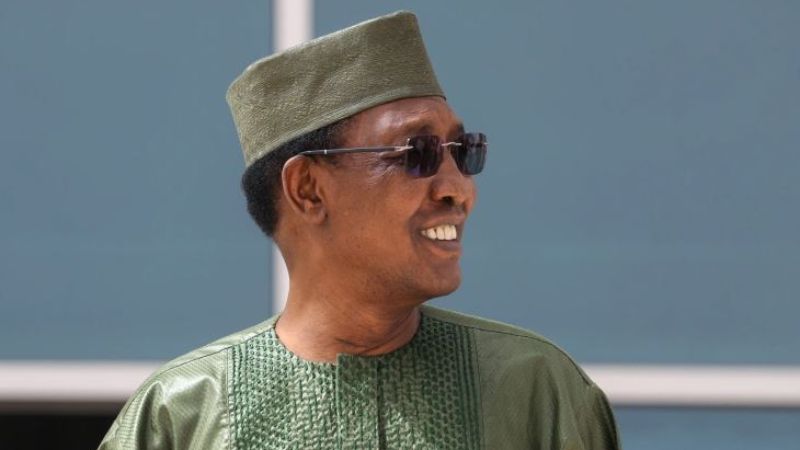 Deby has won a majority in all but one of the 51 departments announced so far, and secured a plurality in the other, with 61 departments remaining, according to the Independent National Election Commission (CENI).

Kilmapone Larme, head of logistics at the CENI, said they had still not received more than 30% of results.

A group of Libya-based rebels, the Front for Change and Concord in Chad (FACT), attacked a Chadian border post in the north of the country on election day.

The UK government said two FACT convoys were heading towards the capital N'Djamena on Saturday.

One convoy had passed the town of Faya, some 770 km (478 miles) northeast of N'Djamena, and another was seen approaching the town of Mao, around 220 km to the north, the UK government said on its travel advisory website, advising its citizens to leave the country.

The U.S. embassy said the rebels' proximity to the capital raised the possibility of violence in the city.

Chad's army said in a statement it destroyed a rebel convoy in the north of Kanem province on Saturday afternoon.

An ally of Western powers in the fight against Islamist militants in West and Central Africa, Deby is one of Africa's longest-serving leaders, but there are signs of growing discontent over his handling of the nation's oil wealth.

Chad's government has been forced to cut back public spending in recent years because of the low price of oil, its main export, sparking labour strikes.

"Until midday, the polling stations were almost empty in almost all towns in the country but CENI has just concocted fictitious results to deceive Chadians," Yacine Abderaman Sakine, the head of the opposition Reform Party, told Reuters.

"We do not recognise this result."