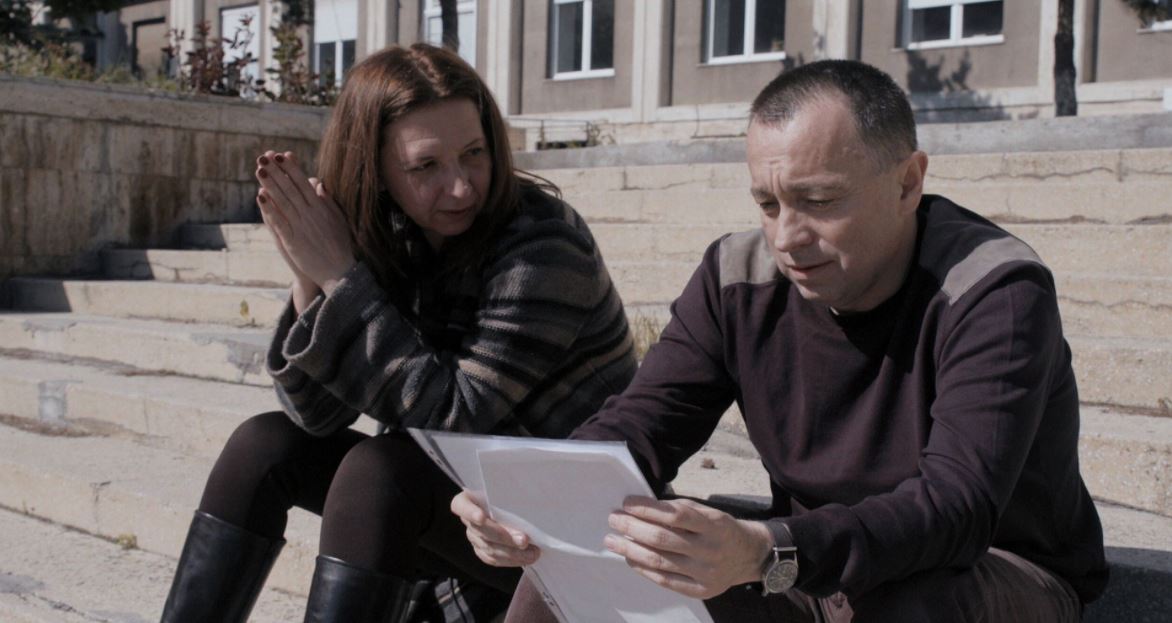 Journalists Mirela Neag (L) and Catalin Tolontan are seen in a still from the documentary "Collective". (Image credit: Reuters)

Romanian director Alexander Nanau says a double Oscar nomination for his documentary “Collective” means a tragic 2015 nightclub fire and subsequent healthcare scandal at the heart of the film “will not be forgotten”.

Sixty-five people died after fireworks used during a concert at The Colectiv nightclub in Bucharest ignited non-fireproofed insulation foam, triggering a stampede.

The film follows journalist Catalin Tolontan, whose investigations revealed badly burned victims who were taken to hospital and treated in improper conditions, with inadequate cleaning products linked to many of their deaths.

Many of the survivors contracted infections in hospital which are still affecting their recovery.

The fire sparked nationwide protests against corruption and lack of accountability in Romania, which has one of the European Union’s least developed healthcare systems.

The Colectiv club owners and local officials were put on trial, while Tolontan's investigations also led to a more general case about the use of diluted disinfectants in Romanian hospitals.

Both trials resulted in prison sentences being handed out in 2019 but they were not final and have been appealed.

"For us it was most of all a satisfaction to know that the story will not be forgotten because the Oscars really bring an attention to the film that is unprecedented, basically for any film that gets nominated," Nanau told Reuters.

"Collective" is in the running for best international feature film and best documentary feature at the Oscars.

Nanau said one grieving father had posted a letter to his deceased son on social media on the day the nominations were revealed.

"We couldn't find the ways to help you back then, but at least we are happy now that this story will not be forgotten and most of all, that other people can learn from what we went through," Nanau said, quoting the letter.

"Hopefully all we want for other people is not to go through the same things and understand how power works, how manipulation works."

Nanau said he planned to travel to Los Angeles for the April 25 ceremony.

“We are in constant contact with the production team ... The whole ceremony will be treated as a film set ... and I think that should make it safe, it should be fine.”