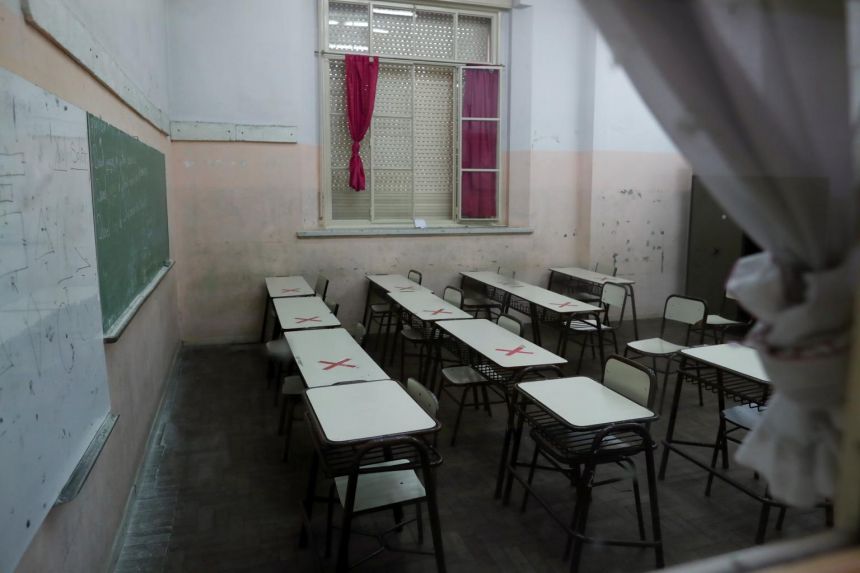 Buenos Aires: Schools in the Argentine capital of Buenos Aires will open after all on Monday morning after a court over-ruled a federal order requiring classes go on-line for two weeks amid a surge in cases that has brought hospitals to near collapse.

The Buenos Aires judge ruled in favour of a lawsuit filed by non-governmental parent and some teachers' groups in the city, demanding a decree that suspended face-to-face classes in the capital region for 15 days be immediately nullified.

The decision is likely to further fan political tensions between President Alberto Fernandez, who said the school closure was necessary to tame fast-rising cases in the city, and the opposition-led Buenos Aires government, which has slammed the measure.

Fernandez lashed out against the judge's decision in an interview with the El Destape news website late on Sunday.

"They are taking measures that are the exclusive domain of a federal justice," Fernández told the media outlet.

Buenos Aires Mayor Horacio Rodriguez Larreta, part of the political opposition, had previously pledged to do all he could to keep schools open. He has called for immediate talks with center-left Peronist Fernandez and has also filed suit with the country's Supreme Court. The higher court has yet to take up the issue.

"It is with great pride I inform you that in the City of Buenos Aires, the schools will be open tomorrow," Larreta said at a press conference on Sunday. "We make decisions based on the data."

The last-minute decision by the lower court judge left school administrators in Buenos Aires scrambling late on Sunday to tell parents to send their kids to school after all.

Two teachers' unions said they would walk off the job Monday to protest in favour of the decree requiring schools to close.

Argentina, like many other countries in Latin America, is being hit by a fierce second wave of cases. The South American nation posted a daily record of 29,472 new cases of coronavirus on Friday.