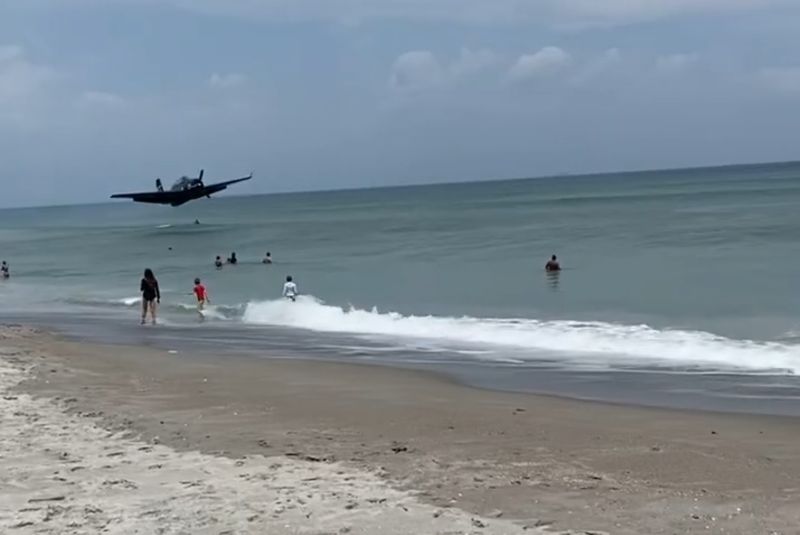 A WWII era plane, which was part of an air show in Cocoa Beach, Florida, was seen making an emergency landing in the ocean, amongst beachgoers, in a video that has now gone viral.

The video, which was shared on Twitter by user @KamiMoffitt, shows the aircraft single-engine TBM Avenger softly landing on the water as beachgoers watched.

The aircraft suffered mechanical issues, according to local television station Wesh, adding that neither the pilot nor the people in the area were hurt.