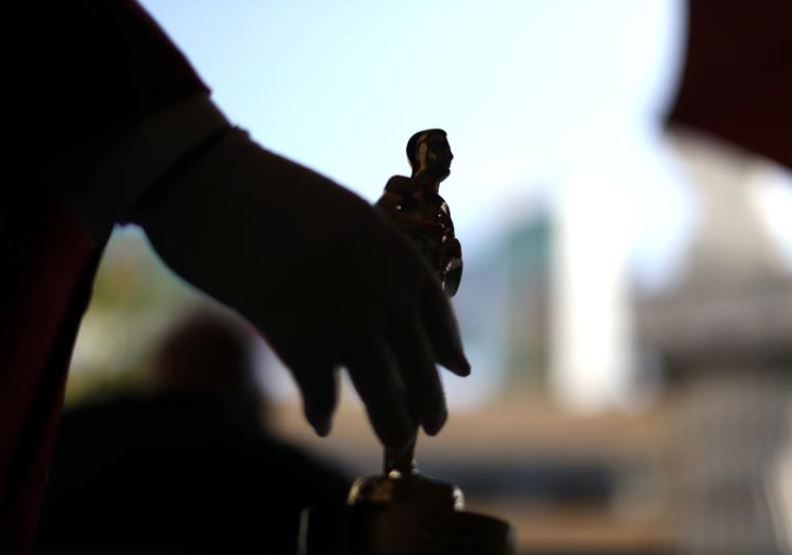 LOS ANGELES: What’s an Oscars ceremony without a red carpet?

After a year that saw the coronavirus pandemic shut down in-person events and replace them with actors on Zoom, sometimes at home in hoodies and pyjamas, celebrity watchers are looking forward to seeing stars stepping out in show-stopping gowns on the movie industry’s biggest night on Sunday.

“We saw a lot of leggings, a lot of tie-dye sweatshirts, and it was fun. But I’m having a little bit of Zoom fatigue and I’m ready to see it live on the screen on a red carpet with real pants and real high heels,” she said.

Organizers have sought to play down expectations of the kind of three-hour, 900-foot- (270-meter-)long red carpet crowded with some 100 photographers, TV crews and screaming fans that normally precedes the Academy Awards ceremony.

“It’s not a traditional red carpet,” Stacey Sher, one of the producers of the show said last week. “It’s a teeny tiny red carpet.”

But at least it won’t be a Zoom event, with so-called “waist-up” fashion. Instead nominees and presenters, after being tested for Covid-19, will gather together at the Art Deco Union Station in downtown Los Angeles ahead of the ceremony and by satellite links to venues around the world.

It’s not just the fashion moments that makes red carpets such an integral - and much missed - part of award shows.

They also give viewers a sense of spontaneity that has been in short supply during the pandemic, and boost TV audiences for award shows that have plummeted by up to 60 per cent this year.

“We all miss the energy and the escapism that it creates,” said celebrity stylist Chloe Hartstein, who will be working with best supporting actress nominee Glenn Close for Sunday’s ceremony.

“I think the audience will be excited to see beautiful fashions and couture and custom pieces just because we’ve been so deprived of it. And I think, especially at this time, we need a little bit of beauty and art,” Hartstein said.

Celebrities are divided over whether the absence of red carpets has been a blessing in disguise. Recent shows, including the BAFTAS and the Grammys, have seen some actors and musicians pose for photos, but not always at the event itself.

“Often those red carpets aren’t just for the dresses and the glamour of it,” said British actor and singer Cynthia Erivo. “Sometimes (it’s) the only way you get to see people ... because we’re moving around so often.”

“I miss being able to look a person in the eye, face-to-face, in person and say, ‘Well done!’ and ‘I’ve missed you’,” she added.

Riz Ahmed, a first-time best actor nominee for his role as a deaf drummer in “Sound of Metal,” has welcomed doing interviews remotely rather than having to attending the usual parties and dinners.

“You’re just sat there in your pyjamas, throwing on a jacket and you’re away,” he said. “I think there’s something quite grounding and humbling about it.”

Despite the hours spent to get the perfect look, red carpets often bring surprises.

“That’s where we see celebrities reveal a baby bump, a new engagement ring,” said People’s Ruderman. “So you have these really unscripted, exciting moments and sometimes it’s even more exciting than the show,” she said.

Exciting or not, former “Grey’s Anatomy” star Katherine Heigl is happy about getting a break from the red carpet.

“I miss the gowns but I also don’t miss the gowns,” she said. “They are very uncomfortable ... those Spanx - they really just cut off air flow.”