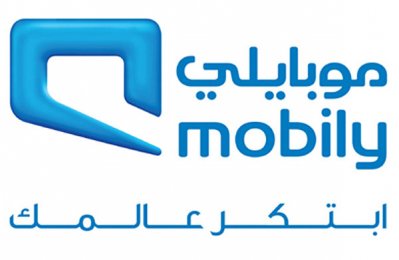 Anghami, a leading music streaming platform in Mena and Vistas Media Acquisition Company, a special purpose acquisition (SPA) company, have entered into a merger agreement that will result in Anghami becoming the first Arab technology company to list on Nasdaq.

Founded in 2012, by Eddy Maroun and Elie Habib, Anghami is the first music-streaming platform in the Mena region. Anghami has built a market-leading platform, offering more than 57 million songs to more than 70 million registered users with around 1 billion streams per month. With an Arabic speaking population of over 450 million globally, a listing on Nasdaq allows Anghami to scale its user base and invest in technology to build on its data play.

Anghami’s artificial intelligence (AI) and machine learning (ML) algorithms process over 56 million data points from its user base every day. Over nine years of user data enables the Company to predict user behaviour and trends to focus its investments in areas delivering the highest return on investment - which helps improve monetization - and will continue to be a key driver of revenues going forward.

The Company has long-standing partnerships with all major global labels including Universal Music Group, Sony Music and Warner Music Group. Anghami is a music app and platform that offers listeners in the Mena region unlimited Arabic and international music to stream and

Anghami has licensing agreements with thousands of independent labels and distributors to provide users with legal access to a vast catalog of music. The Company is headquartered in Abu Dhabi, at the Abu Dhabi Global Market (ADGM), and has offices in Beirut, Dubai, Cairo and Riyadh.

Anghami is currently backed by leading Mena VC firms and strategic shareholders, including media groups and telecommunications companies, including Mobily’s corporate VC arm Mobily Ventures that collectively own approximately 68% of Anghami, with the balance owned by the founders.

Co-founder and CEO of Anghami, Eddy Maroun, said: “Today is a very exciting day for all of us at Anghami and our partners globally. Elie and I co-founded the company in 2012 with a vision for Anghami to be a first of its kind, digital media entertainment technology platform in the Mena region. Today, we have taken a significant step forward in our growth plans in seeking to become the region’s first Arab technology company to list on Nasdaq. Being a US listed public company gives us access to growth capital and a global platform that is the best in the world.”

Elie Habib, Co-founder, Chairman and CTO of Anghami, added: “We’re proud of the product and technology we’ve been able to build and now we will have the ability to invest more in R&D and innovate providing a product that goes beyond music to immersive experiences around media and entertainment while remaining relevant to our users and focused on our local edge.”

The Company expects to have approximately $142 million of cash on its balance sheet at closing to be used primarily to fuel additional growth. The transaction implies an initial pro-forma enterprise valuation of approximately $220 million, or 2.5x 2022 estimated revenues.

Salman Abdulaziz Al-Badran, CEO of Mobily said: “We are proud to be a shareholder in Anghami since late 2013 – we believed in them early on as it was our second investment through our VC arm, Mobily Ventures. Anghami’s phenomenal success is owed primarily to their amazing team, who have re-defined the Arab music industry. We are pleased to see our investee, Anghami, achieve a Nasdaq listing and are confident that this is first of many more to follow the same trajectory, from both KSA and the region. At Mobily, we will continue to support the startup eco-system through investments and partnerships.” – TradeArabia News Service