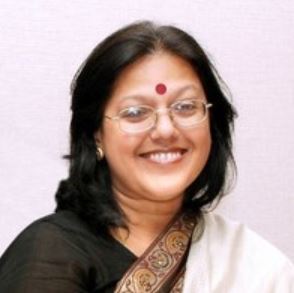 Ramadan always brings on a flurry of advertisements that highlight the qualities which the Holy Month is supposed to represent for us all – patience, spirituality, sharing and caring.

There are food company commercials that underscore the need to share our table of plenty with the less lucky – one particular animation-based advert showed the whole food chain from sowing seeds to growing crops and livestock and harvesting, processing and preparing and the sheer amount of hard work that goes into a plateful of food made us all pause before wasting even a morsel.

There are telephone company adverts which urge us to reach out and call our loved ones, money exchange houses which play on the anxiety of families waiting for the remittances back home for Eid and so on.

This year, one advert by an Indian automotive company has gone viral, especially with people who have, at the most, visited the GCC as tourists or for short business trips. Meaning, they have only a very slight idea of the ground reality in Arab countries.

The advert shows a busload of mechanics and semi-skilled workers with their supervisor hurtling down a desert road when they see the company owner standing by the roadside, stranded next to his broken-down car. The bus (which is the auto brand being advertised here as a lifesaver) pulls up, a mechanic tries to fix the car and when he cannot, the supervisor persuades the reluctant boss to ride on the bus with them so they can drop him off home.

You are shown the change the boss’s presence makes in the bus – from a boisterous crowd celebrating a cricket match victory, the workers become quiet as lobotomised mice. When they reach the boss’s palace, the earlier-dismissive boss is shown as a welcoming host who invites all the workers to share the Ramadan Iftar meal with his family.

Most people have been praising the ‘Spirit of Ramadan’ that this advert encapsulates but I and many others disagree. It is tone-deaf and completely out of step with labour relations as we see around us.

For example, few workers refer to the company owner anymore as ‘Arbab’ or ‘sponsor/master’ – at least supervisors and managers don’t. The dismissiveness of the Arab boss initially and the servility of the workers is nothing like what we see today.

Bahrain has a robust labour relations framework where justice may sometimes admittedly be delayed but very rarely denied. From individuals to disaffected groups, from unskilled labourers to senior executives, all have access to the kingdom’s courts and many lawyers, NGOs and charity institutions offer pro bono legal aid.

As reporters who track changes in attitudes on all sides, we see that workers today are more aware of their rights and willing to fight for it while employers understand that better working and living conditions translate into better productivity and profitability.

This utopian condition is not always present, of course, but the kingdom’s laws are levelling the field. When copywriters sitting in faraway glass cubicles write about the soul-expanding beauty of the Holy Month, they would do well to familiarise themselves with Gulf traditions and everyday realities to build a narrative that is truly representative of the vigour, the self-respect and the joy that honest labour bestows upon us all.

Enough of these ersatz storyboards reeking of old ‘sixties feudal Bollywood plot lines which are so out of step with the truth and with our Gulf world today.