Riffa and Hidd players vie for the ball

Action from the Muharraq-Ahli match

They defeated Hidd 2-0 at the Khalifa Sports City Stadium in the 16th round of the competition.

Hidd’s Mosis was sent off in the 81st minute for a foul on Ali Haram. 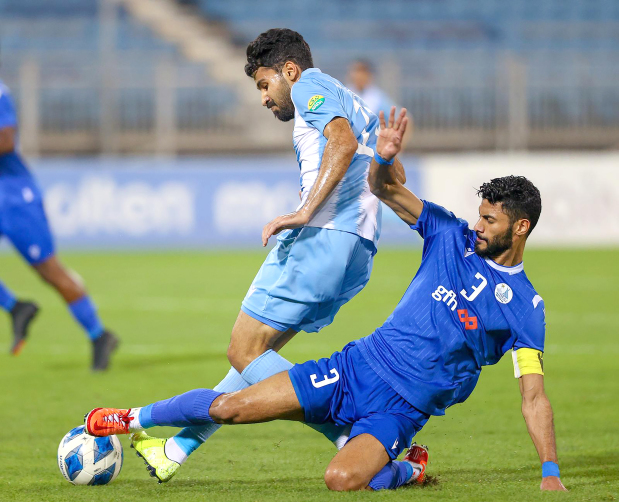 Riffa and Hidd players vie for the ball

Abdulrahman Barakat scored two goals in the 40th and 84th minutes from the penalty spot and Ismail Abdullatif added a third goal in the 48th minute for Muharraq.

Ahli reduced the gap through Ibrahim Habeeb in the 57th minute from the penalty spot.

Muharraq raised their tally to 23 points, while Ahli have 17 points.