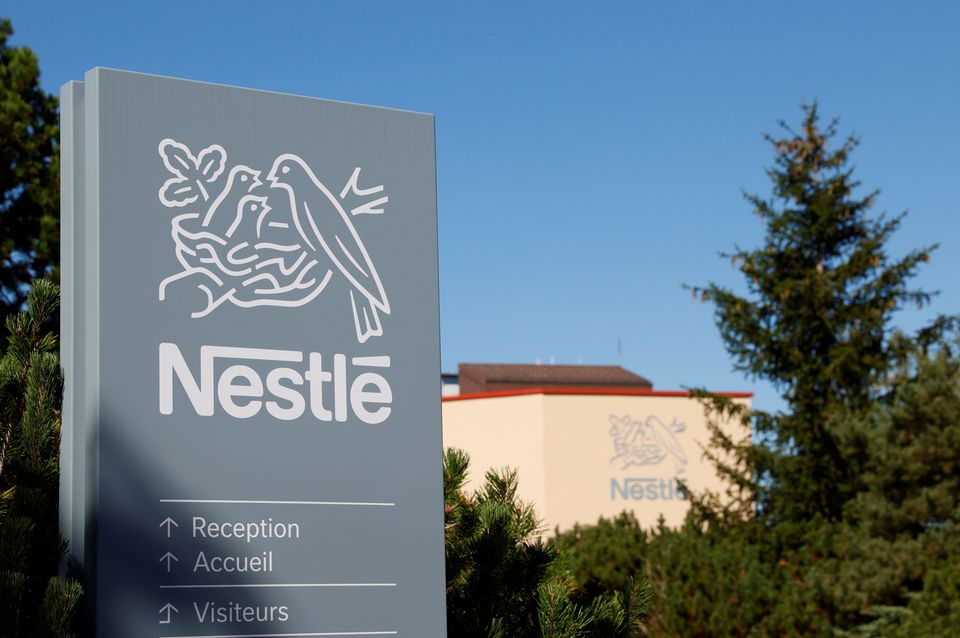 A logo is pictured on the Nestle research center before the presentation of Sensationnal Vuna, a plant-based tuna product made by Garden Gourmet, at Vers-chez-les-Blanc in Lausanne, Switzerland August 20, 2020. REUTERS/Denis Balibouse

The action comes as the state ramps up efforts to preserve water resources amid worsening drought conditions.

The order is in response to several water rights complaints and an online petition against Nestle Waters North America starting in 2015, which led to drinking water supply shortages and impacted environmental resources.

Nestle, one of the world's largest bottled water companies, has 20 days to respond to the draft cease and desist order and request a hearing or the State Water Board may issue a final order, the board said.

The company may be asked to limit diversions from surface streams to its pre-1914 water rights and submit annual monitoring reports, among other steps, if the order is adopted, it said.

Nestle's facilities in the Strawberry Creek watershed, a tributary of the Santa Ana River, involves 13 sites where spring water is taken and redirected for bottling at numerous plants, including one in downtown Los Angeles.

Parched conditions throughout the U.S. West are following quickly on the heels of a multi-year drought in the region last decade.

"It is concerning that these diversions are continuing despite recommendations from the initial report, and while the state is heading into a second dry year," said Jule Rizzardo, assistant deputy director for the Division of Water Rights.

Nestle sold some struggling North American water brands to private equity firms One Rock Capital Partners and Metropoulos & Co for $4.3 billion in April, as the food giant doubles down on its premium offerings.

BlueTriton Brands, the renamed company after the deal, said the order was contrary to California water rights law and it will pursue all legal options.