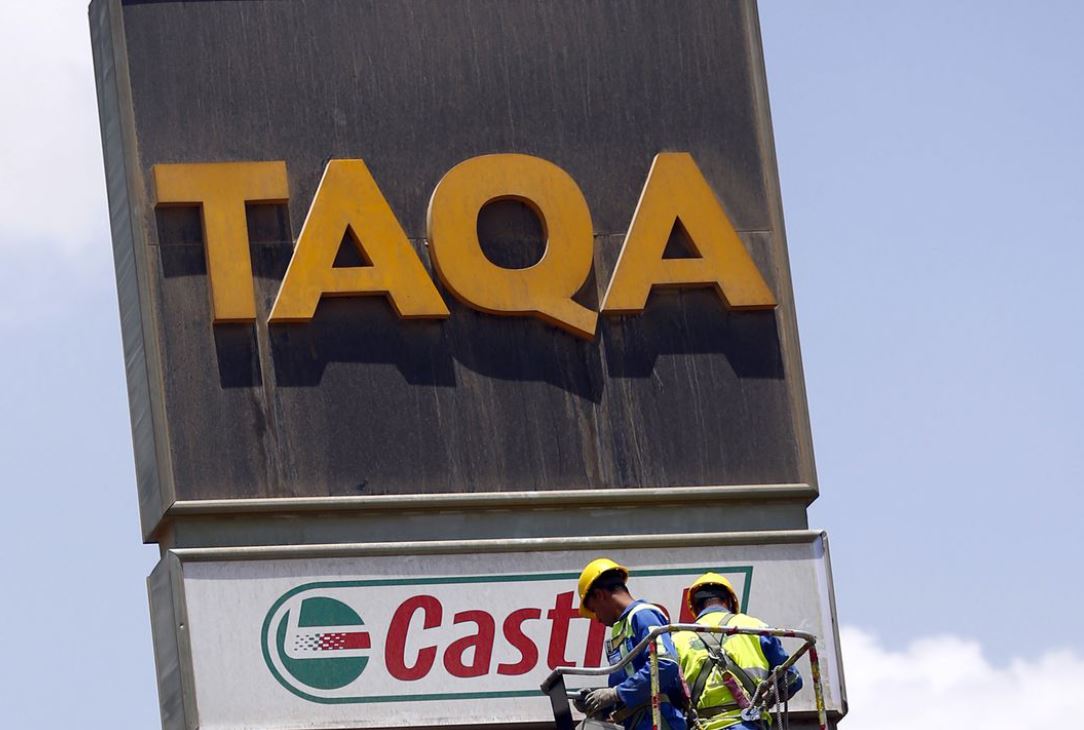 A worker changes the price of fuel on a signage at a TAQA Arabia petrol station in Cairo, May 12, 2015. (Image credit: Reuters)

It sold $750 million of each tranche, with the seven-year paper at 80 basis points over US Treasuries and the 30-year notes at 3.4 per cent, the document from one of the banks on the deal showed.

Initial guidance was around 110 basis points over US Treasuries for the seven-year tranche and around 3.75 per cent for the 30-year Formosa portion.

Taqa received over $6.5 billion in orders for the debt sale, with a skew towards the conventional seven-year tranche.

Formosa bonds are sold in Taiwan by foreign borrowers and are denominated in currencies other than the Taiwanese dollar.

Citi and HSBC were global coordinators and Bank of China, First Abu Dhabi Bank, Mashreq, Mizuho and MUFG were also on the deal.