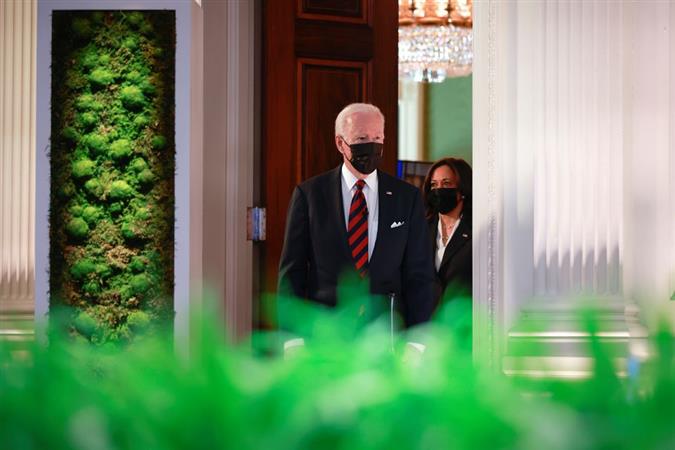 Bolstered by popular support, US President Joe Biden plans to take from the rich to give to the poor, aided by advisers keen to address economic disparities and stop companies from avoiding paying taxes.

Biden on the campaign trail in 2019 first signalled that he hoped to hike taxes on investment gains paid by the wealthy as a way to fund social programs, in that case, healthcare.

The then-candidate relied on research from economists with roots in academia and at think tanks. As president, he brought these advocates of progressive taxation or a system where tax rates increase as income goes up, into the White House.

Despite alarm on Wall Street, there is strong public support for Biden's proposal. Sixty-two per cent of Americans believe upper-income people pay less than their fair share in taxes, according to Gallup. That figure is 69% for corporations.

While Biden studiously distanced himself from some of the most progressive policies put forth by fellow Democrats on the campaign trail, an agenda of redressing inequity underpins his proposals on taxes and infrastructure.

If Biden is playing Robin Hood, who is in his merry band of policy architects crafting the capital gains tax initiative?

The Biden campaign's first taxation push was based in part on work done by the Institute on Taxation and Economic Policy (ITEP), a 40-year-old think tank that tracks which companies pay no federal taxes.

The campaign used ITEP's research to calculate its own estimate of how much taxing capital gains as income for people making more than $1 million would raise. It was significant - about $800 billion over a decade.

At the time, Biden's Democratic presidential opponents were proposing even bolder steps, such as outright taxes on wealth held by individuals.

Mazur was the director of the Urban-Brookings Tax Policy Center, a think tank founded by tax specialists in the Ronald Reagan, George H. W. Bush and Bill Clinton administrations.

Kamin and another former aide under President Barack Obama, Lily Batchelder, authored a 2019 paper as professors at the New York University School of Law that said a wealth tax merited serious consideration to address inequality.

"The US economy exhibits high inequality and low economic mobility across generations relative to other high-income countries,” they wrote in “Taxing the Rich: Issues and Options."

The United States "will need to raise more revenues in order to reduce these disparities, finance much-needed new services and investments, and address the nation’s long- term fiscal needs."

Other progressive economists also hold key roles in the administration, including Heather Boushey, a member of the White House Council of Economic Advisers who co-founded
the Washington Center for Equitable Growth, and Ben Harris, a top aide to Biden who helped draft the 2019 campaign positions and is now assistant secretary for economic policy at Treasury.