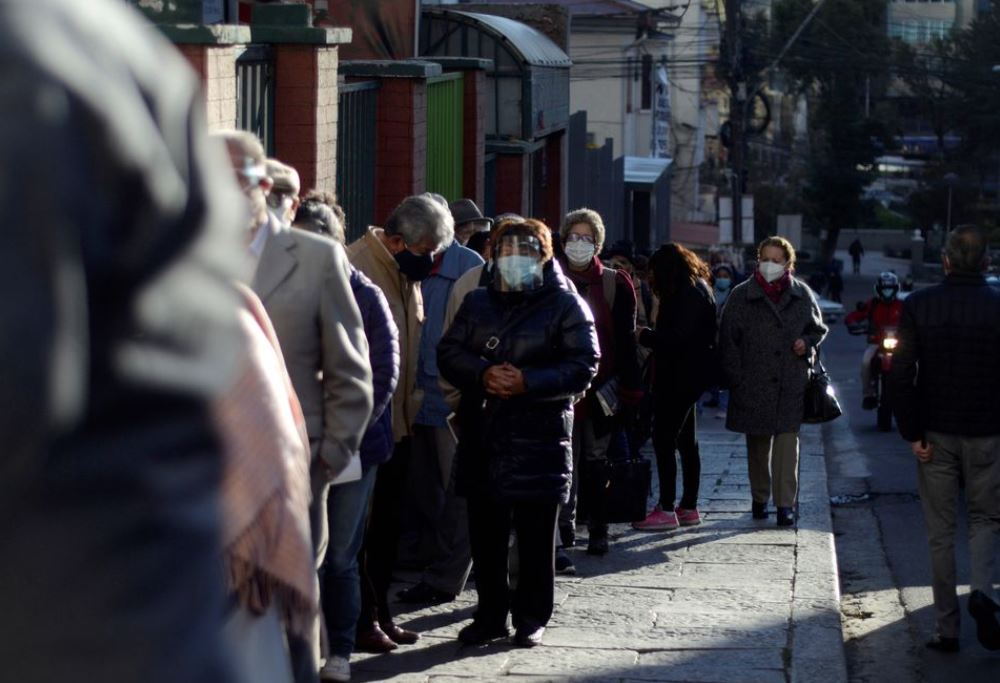 Latin Americans, hard-hit by the coronavirus pandemic, are struggling to get vaccinated, a threat to the region's fragile economic recovery as lockdowns tighten amid a dangerous surge of infections and rising death tolls.

The region of some 660 million people has recorded almost 30 per cent of the world's 3.2 million Covid-19 deaths to date, despite being home to just 8 per cent of the world's population. While countries in Africa and Asia also lag behind Europe and North America on inoculations, health experts say Latin America's need for vaccines is the most urgent.

The scarcity comes down to a few factors: high income countries snapped up most of the available doses, and Latin American officials have cited difficulties sealing deals for their own people. A plan to manufacture the AstraZeneca vaccine locally has been hit by delays, and suppliers like Russia have faced their own hold-ups.

Meanwhile, the global COVAX program to supply vaccines to poorer countries has been bogged down by production glitches, a lack of support from wealthy nations, and a recent move by India, the biggest vaccine manufacturer, to curb exports.

With vaccine roll-outs lagging behind once ambitious plans, coronavirus cases have soared, with intensive care units from Argentina to Colombia filling up and death tolls hitting record highs.

"There is a great sense of helplessness," said Elkin Gallego, whose wife was waiting for an ICU bed in Colombian capital Bogota, where health authorities say vaccine supplies are running out. "As a human you just can't do anything."

Colombia, which has a population of around 50 million, has so far distributed just over 4 million doses of Covid-19 vaccines, with some 1.3 million people fully inoculated.

That is still far from the worst in the region. Honduras, Venezuela and Nicaragua have given at least one dose to less than 1 per cent of their populations, a Reuters tally shows. In Peru and elsewhere the scarcity is driving 'vaccine tourism' overseas.

The International Monetary Fund warned this month that the slow vaccine roll-out and resurgence of cases "cast a shadow" on Latin America's near-term economic recovery prospects.

"Latin America is the region that currently has greatest need for vaccines, this region should be prioritized for distribution of vaccines," she said. "This is a global epidemic. No one will be safe until we are all safe."

'BACK OF THE LINE'

In Paraguay, the scarcity of vaccines has angered locals, especially the perceived slow arrival of doses via the COVAX program, co-led by the WHO, which pulled out its representative in the country this month amid rising criticism.

"I believe neither we nor much of the world is satisfied with the time and the amount of vaccines that we have been receiving," Paraguayan President Mario Abdo said last week.

According to a Reuters data tracker, Paraguay has administered enough inoculations to give two doses to just 0.6 per cent of its population and at its current speed would take 454 days to vaccinate another 10 per cent.

Peru is slightly ahead at 371 days, while Bolivia would take 150 days to reach the same mark. These compare to some 21 days in the United States, 30 days in the United Kingdom and 89 days in India, which is itself now battling a huge wave of cases.

In Brazil, the region's largest country and a global epicenter of the virus, the government has been left scrambling to find enough doses and is inoculating at half the speed it had initially predicted.

Argentina has a deal for Russia's Sputnik V, though has faced delays receiving doses, while its plan to produce the AstraZeneca vaccine with Mexico has been held up by plant issues.

Not all Latin American countries have struggled. Chile and Uruguay, two of the region's most developed, are outliers. Chile has given at least one shot to over 40 per cent of its population after leveraging its strong trade ties to seal vaccine supplies.

In Peru, President Francisco Sagasti apologized to people having difficulty getting vaccines.

"Peru is at the back of the line in South America," said Juan Carvajal, a volunteer with Peru's OpenCovid group of scientists and researchers, lamenting that only one in 50 Peruvians had been vaccinated.

Neighboring Bolivia, meanwhile, tied up a deal for 5.2 million doses of Sputnik V but has so far received only 245,000 doses, leaving it well short of its initial plan to cover everyone over 60 by the end of April.

"I signed up a fortnight ago. Now they tell me that I have to wait all week because the vaccines are finished," Marisol Valdez, 82, told Reuters in La Paz.