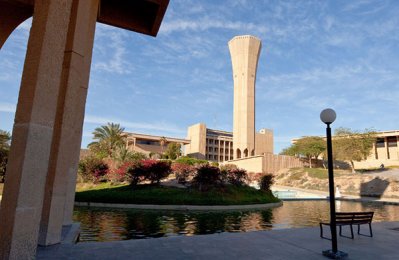 Saudi Arabia’s King Fahd University of Petroleum and Minerals (KFUPM) in Dhahran has announced a milestone in its history with the opening of its doors for women students to pursue bachelor’s degree courses, a media report said.

The university will start receiving applications from girls between June 13 and 18 this year, said a report in Saudi Gazette.

Preference will be given to those who have good performance in terms of their capabilities, achievements and secondary education exam results. Students can choose the major during the admission phase, and the university will organize seminars and lectures to introduce various specializations.

Earlier in 2018, minister of education announced the approval of the university senate to accept women students in post-graduate studies. The university decision allowed women students to pursue their master’s and PhD degrees in five subjects — mathematics, statistics, computer engineering and sciences, public administration and engineering management.

The university started enrolment of female students for the postgraduate courses on September 1, 2019. About 100 girl students have joined the university in the disciplines of mathematics, computer science, business administration after being shortlisted from more than 600 applicants.