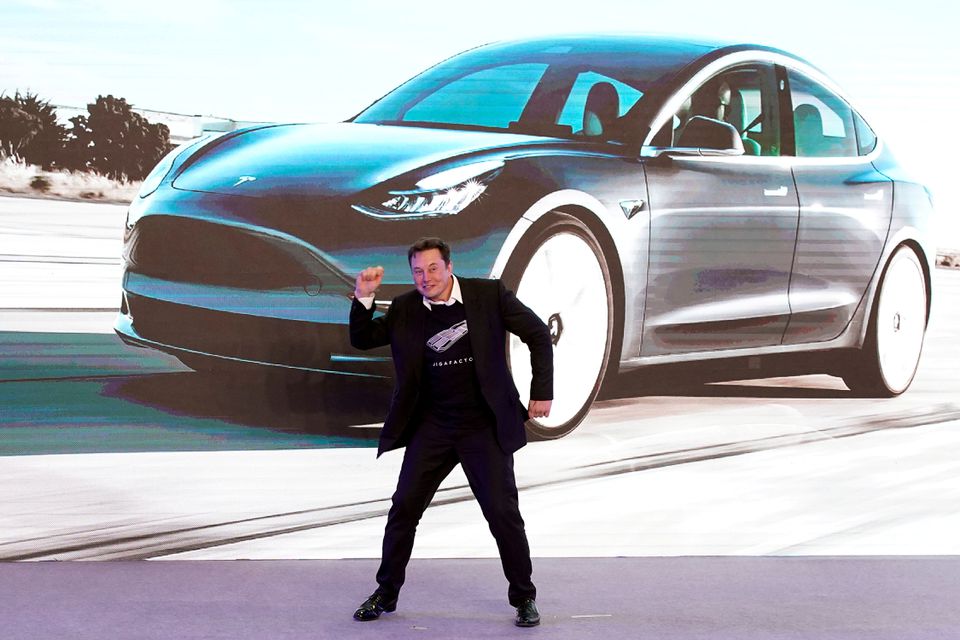 It reported quarterly revenue of $10.39 billion and adjusted earnings before interest, taxes, depreciation and amortization (EBITDA) of $1.84 billion, surpassing milestones that trigger the vesting of the fifth and sixth of 12 tranches of options granted to Musk in his 2018 pay package to buy discounted Tesla shares.

Musk, who is also a major shareholder and CEO of rocket maker SpaceX, receives no salary at Tesla. His pay package requires Tesla's market capitalisation and financial growth to hit a series of rising targets.

Despite production that is a fraction of that of Toyota Motor Corp, Volkswagen or General Motors, Tesla has become by far the world’s most valuable car maker, with a market capitalisation of $700 billion, compared with Toyota’s $250 billion.

Tesla's shares have receded from record highs in 2021 after jumping more than eight-fold last year.

Each tranche gives Musk the option to buy 8.4 million Tesla shares at $70 each, a discount of more than 90% from their current price. At Monday's price of $722, the shares from four previous tranches, plus the fifth and sixth tranches, could generate a profit of nearly $34 billion, or almost $6 billion per tranche.

In its quarterly report after the bell, Tesla said it incurred an expense of $299 million related to Musk's pay package, "driven by an increase in market capitalization and a new operational milestone becoming probable."