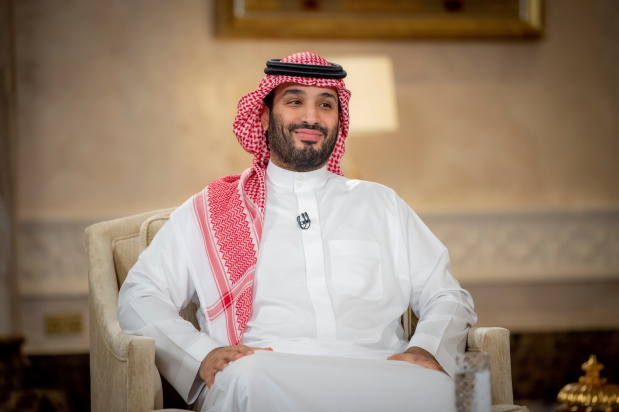 DUBAI: Saudi Arabia’s Crown Prince Mohammed bin Salman said he will further centralise policymaking to ensure the success of his drive to diversify the economy.

In an interview aired on Saudi state TV, he said the kingdom had set up a Budget Bureau to take over setting the state budget from the finance ministry, and would by the end of this year launch a new Policies Office.

“Policies today are being translated by committees but in the future (this) dedicated office...will issue orders to ministries to implement the prepared strategy with clear roles and objectives,” he said.

The moves continue a shift of policy decisions away from traditional bodies such as the finance ministry and central bank, starting with the formation of a Council of Economic and Development Affairs, headed by Prince Mohammed.

He is also chairman of sovereign wealth fund, the Public Investment Fund, the main engine tasked with delivering on his diversification agenda.

In the interview, the Crown Prince said the kingdom had no plans to introduce income tax and that a decision last July to triple value-added tax to 15 per cent was temporary.

The Crown Prince said before King Salman assumed power the “situation of the state was weak”, with ministries lacking strategy and no public policy.

“Nothing will be achieved without a strong state position that draws policies and sets strategies and aligns them with the different entities,” he said in the TV interview.

“We do not want for Iran to be in a difficult situation, on the contrary we want Iran to prosper and grow. We have interests in Iran and they have interests in the kingdom to propel the region and the world to growth and prosperity,” he said.

Saudi and Iranian officials held direct talks this month, six years after cutting diplomatic ties, about Yemen and the 2015 nuclear accord between global powers and Iran, which Riyadh opposed for not tackling Tehran’s missile programme and regional proxies.

The Crown Prince also softened his rhetoric towards the Iran-aligned movement that has launched missile and drone attacks on the kingdom.

“There is no doubt the Houthis have strong ties with the Iranian regime, but they are Yemenis with Arab instincts,” he said, urging the group to accept a ceasefire deal.