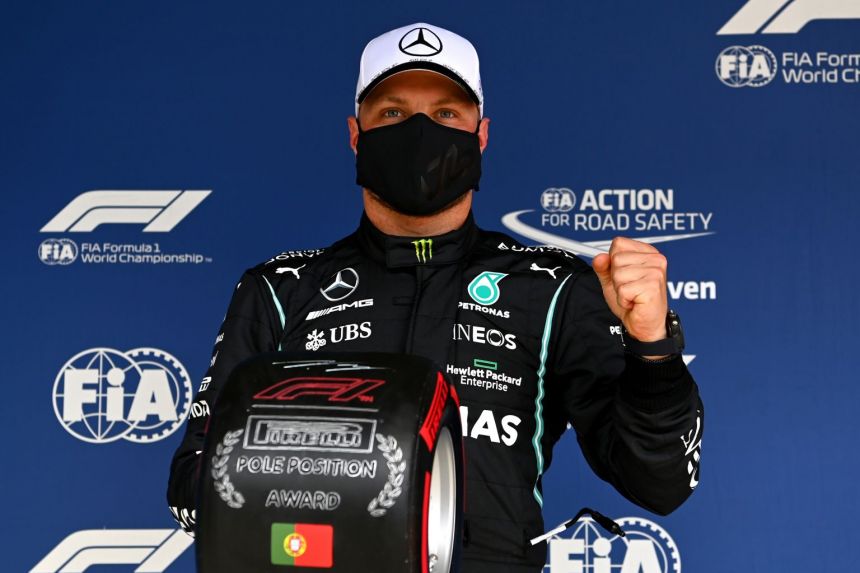 Valtteri Bottas made Lewis Hamilton wait for his 100th pole position as he pipped his Mercedes team mate by the slimmest of margins to take pole position for the Portuguese Grand Prix.

The Finn set the pace on soft tyres after the first run, pipping Hamilton by 0.007s, with Mercedes opting to send both cars out on the mediums, which they seemed to be quicker on, for the second runs.

However, the wind had picked up for the second runs, and both failed to improve, meaning Bottas will be third different pole sitter in as many races this season, as Mercedes locked out ther 71st front row with ease.
Red Bull’s Max Verstappen, who won from the third on the grid last time out, ended up third quickest – having been forced onto the back foot when his best lap was deleted for track limits infringements.