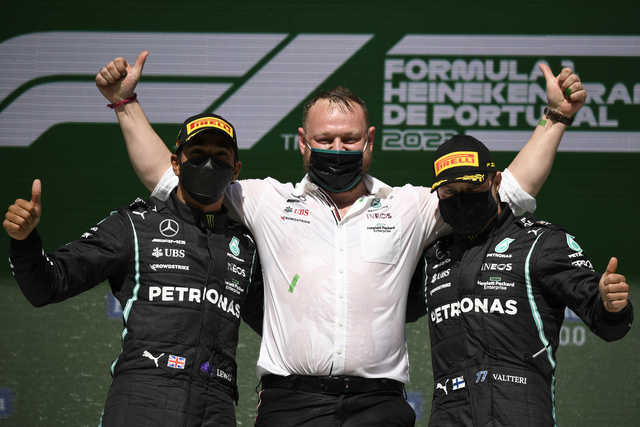 Mercedes' Lewis Hamilton celebrates on the podium with Mercedes' Valtteri Bottas and a member of the Mercedes team after winning the race. (Reuters Photo)

Verstappen finished second at the Algarve circuit with Mercedes' Valtteri Bottas completing the podium, and taking a bonus point for the fastest lap, after starting from pole position.

Verstappen's Mexican teammate Sergio Perez was fourth. The victory was a record-extending 97th of Hamilton's career.