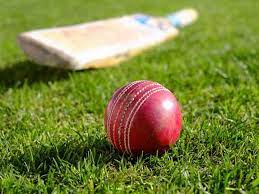 England and Australia are reportedly being considered as options for phase 2 of the T20 league alongside UAE.

The suspension of the 14th edition of the league has the Board of Control for Cricket in India (BCCI) staring at huge losses. Although the board plans to organise the league sometime this year, the logistics are indeed difficult considering the pandemic. The option to host the Phase-2 of IPL Season 14 outside India, hence, is being considered as the most favourable.

UAE remains the backup option for the BCCI when it comes to hosting the T20 World Cup. If the event is indeed shifted, organising the second-half of the IPL in UAE too would be an understandable choice.

The only problem in the UAE plan is the weather which will be quite hot in September. Hence, the option of having the remaining 31 matches in Engalnd has also been floated. The weather will be conducive in England.

England isn’t the only potential candidate, with Australia also being mulled. The BCCI could swap the T20 World Cup’s hosting rights with Cricket Australia, which is set to host the showpiece event next year. If that happens, Australia could also become a viable option to organise the second phase of the IPL.