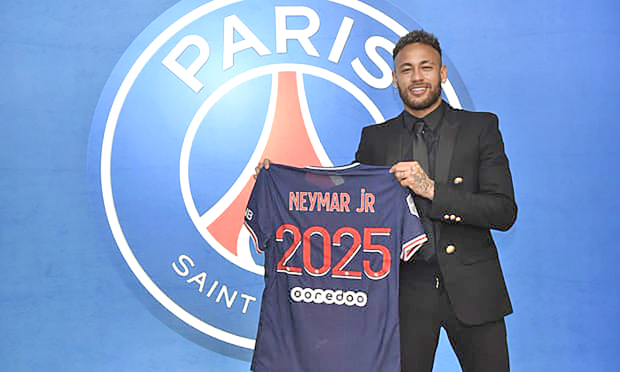 PARIS: Brazil forward Neymar has signed a new contract with Paris St Germain that will keep him in the French capital until 2025, the Ligue 1 club said yesterday.

The 29-year-old Neymar, who joined PSG in 2017 from Spanish club Barcelona for a record transfer fee of 222 million euros ($270m), has agreed a deal French media reported will earn him an annual salary of 30m euros.

Neymar said he wanted to leave PSG in 2019 amid media reports he was keen on returning to Barcelona, but he stayed in Paris and helped PSG reach the Champions League final last season.

“I’m very happy to be extending my contract with Paris until 2025,” Neymar said.

“The truth is that I’m very happy to be a part of the club’s project, to try and win titles, to try and achieve our biggest dream which is the Champions League.”

The Brazilian has scored 85 goals in 112 appearances for PSG, winning a host of trophies including three league titles.