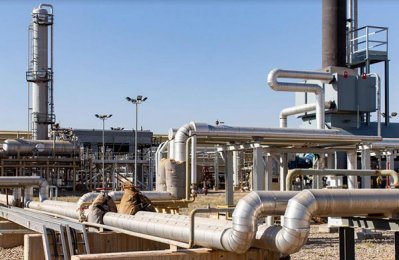 The increase in net profit was the result of improved revenues from higher production in the Kurdistan Region of Iraq(KRI), and a reduction in finance cost due to lower borrowings in Q1 2021 as compared to Q1 2020.

Dr Patrick Allman-Ward, CEO of Dana Gas, said: “Dana Gas has delivered a strong quarter with robust operational performance, continuing the positive momentum from the previous period. In the KRI we are moving ahead with our expansion plans to significantly boost production from 440 MMscf/d to 690 MMscf/d by April 2023. This will contribute positively to our top and bottom line. We remain fully committed to managing our producing assets in Egypt for the benefit of all our stakeholders and focusing on evaluating the exciting potential of our offshore Block 6 Concession Area as quickly as possible.

“We maintained our strong financial position, with increased production from the KRI and lower financing costs following the repayment of the Company’s outstanding Sukuk in Q4 2020. I am pleased that we maintained the dividend to Shareholders, for the fourth consecutive year, despite adverse economic conditions.”

In the KRI, Pearl Petroleum, the company consortium operated by Dana Gas and Crescent Petroleum, fully resumed the expansion project at the Khor Mor field. The first gas train will add 250 million cubic feet per day of much-needed additional gas production to supply the local power stations. The project construction work had been put on hold due to the COVID pandemic but is now on track for a new target start date of April 2023, after agreement to lift the force majeure. The KM250 expansion project involves a further investment by Pearl of $600 million to boost output by almost 60%.

Last month, Dana Gas announced its decision to retain and operate its onshore assets in Egypt alongside the highly prospective Block 6. The Company is currently evaluating its Block 6 Concession Area for drilling and exploration well as soon as possible

At the General Assembly of the Company held on  April 28, 2021, the shareholders approved a cash dividend for the fourth consecutive year. This 5.5 fils per share dividend will be distributed in May. – TradeArabia News Service