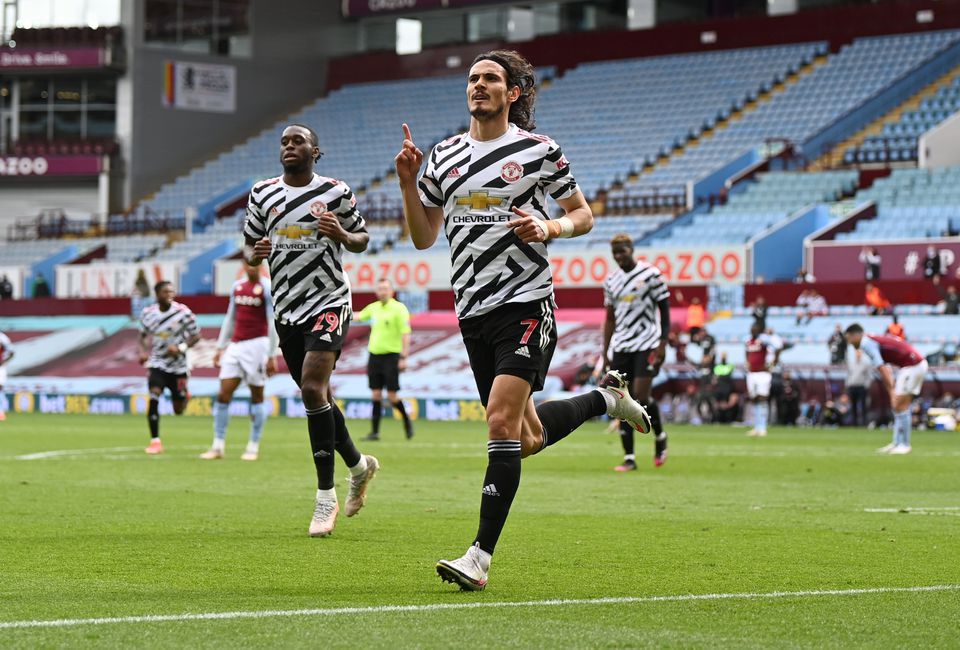 LONDON: Manchester United extended rivals Manchester City’s wait for the Premier League title for at least another two days as they came from a goal down to beat Aston Villa 3-1 last night.

At the bottom, West Bromwich Albion’s hopes of avoiding relegation were ended as they went down 3-1 at Arsenal while West Ham United’s top-four hopes were dealt a blow.

City could have rubber-stamped their third title in five seasons since Pep Guardiola took over in 2016 by beating Chelsea 24 hours earlier but a 2-1 defeat kept United theoretically in the race.

Had United lost to Villa, City’s celebrations would have begun. It will be the same scenario when United face Leicester City tomorrow and then Liverpool on Thursday.

Should United win those two games, the gap will be cut to four points and while only a collapse of astonishing proportions would deny City the title, it could induce some nerves when Guardiola’s side face Newcastle United on Friday.

West Ham had a gilt-edged opportunity to pile the pressure on fourth-placed Leicester City in the battle for a top-four finish but remained five points behind with three games left after a disappointing performance against Everton.

Dominic Calvert-Lewin’s 16th league goal of the season earned Everton an 11th away league win of the campaign and boosted his side’s European hopes.

West Ham have 58 points to Leicester’s 63 with Chelsea now looking strong for a top-four spot with 64.

Liverpool are back in the hunt in sixth place, a point behind West Ham with a game in hand, after beating Southampton 2-0 on Saturday.

West Brom had staged something of a revival under Sam Allardyce with three defeats in their previous 11 games before yesterday’s trip to north London. It is the first time that an Allardyce team has been relegated from the Premier League, having managed 17 different seasons in the competition.

Brighton & Hove Albion are still not mathematically safe after a 2-1 defeat by Wolverhampton Wanderers, but they will be if Fulham lose to Burnley today.