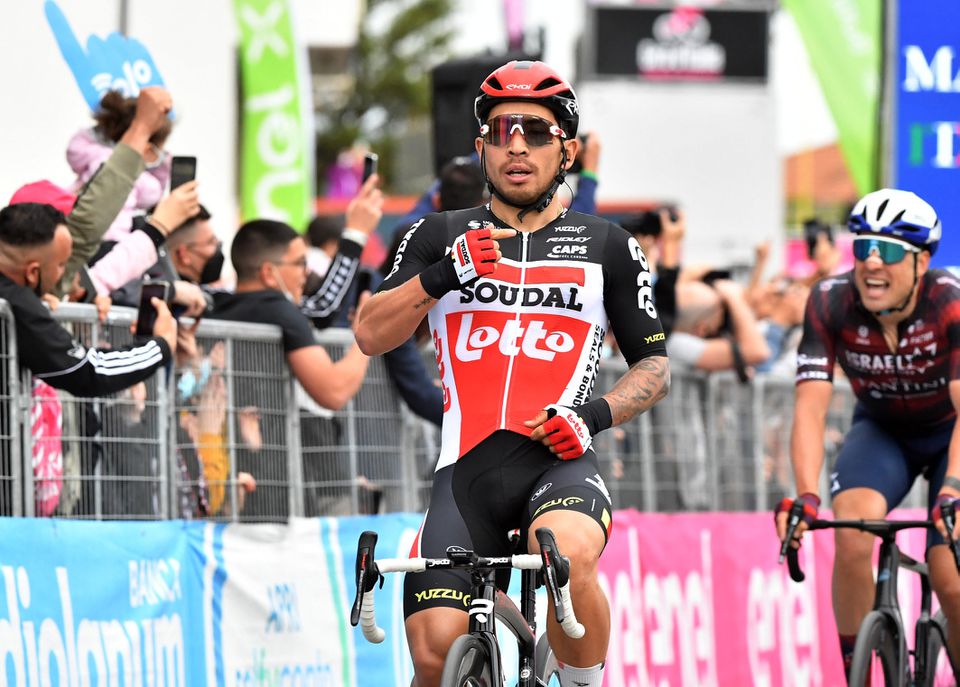 ROME: Caleb Ewan claimed his second stage win at this year’s Giro d’Italia as he again showed his sprinting prowess at the end of the 181km seventh stage yesterday.

The Australian Lotto Soudal rider followed his victory on a crash-hit stage five with a well-timed surge at the finish in Termoli after an uneventful day.

As the leading contenders began to wind up for the finish it was Fernando Gaviria (UAE Team Emirates) who made the first move on an uphill section but his attack was destined to fail.

Ewan closed him down with around 150m remaining and won with something to spare to take his career Giro haul to five. Davide Cimolai (Israel Start-up Nation) was second with Tim Merlier (Alpecin-Fenix) in third place.

“It was a question of being smart and a lot of teamwork,” Ewan said. “There were a few points in the last 10km where we needed to be in the front so we didn’t have to brake and we got a really good ride in. They did a really good job.

“My legs were burning at the end, it was basically sprinting for the last 450 metres with a slight uphill so it was a tough one. When Gavaria goes you know he has the strength and the speed to hold it. I had a bit of a run and really accelerated.”

After the incidents of the previous two days it was a quiet day for the main GC contenders.

Valter will keep the leader’s jersey for another day at least and will take an 11-second lead over Remco Evenepoel into the eighth stage which features one category two climb and a steep finish at Guardia Sanframondi.