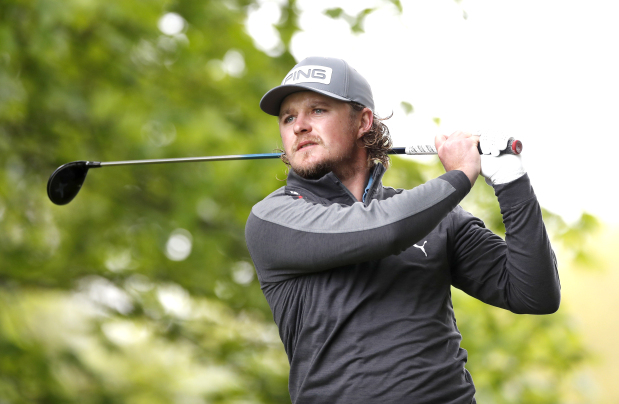 LONDON: England’s Eddie Pepperell birdied the last hole to edge ahead of a congested pack and take a one-shot advantage into the final round of the Betfred British Masters yesterday.

Pepperell, the 2018 champion, holed from 40 feet for birdie on the 18th to sign for a four-under-par 68 at The Belfry and move to 10-under for the tournament.

World Number 45 Robert MacIntyre, fellow Scotsman Calum Hill are among the contenders on nine-under, along with Adrian Meronk, Dean Burmester, Guido Migliozzi and Edoardo Molinari – who carded the lowest round of the week with a 64.

Pepperell was in the world’s top 35 when he won this event two years ago but has since struggled for consistency and began this week in 210th.

After an impressive round containing five birdies and a single bogey, Pepperell said he was still working on his swing.

“I’ve been awful, to be honest, so I don’t feel that confident,” he said.

“I’ve still got things going on in the swing that I can feel aren’t where they once were and can cause me aggro so the game still feels difficult.”

English duo Dave Coupland and Andy Sullivan were at eight-under alongside South Africa’s Justin Harding and Austrian Matthias Schwab, with tournament host Danny Willett among the group three shots off the lead.